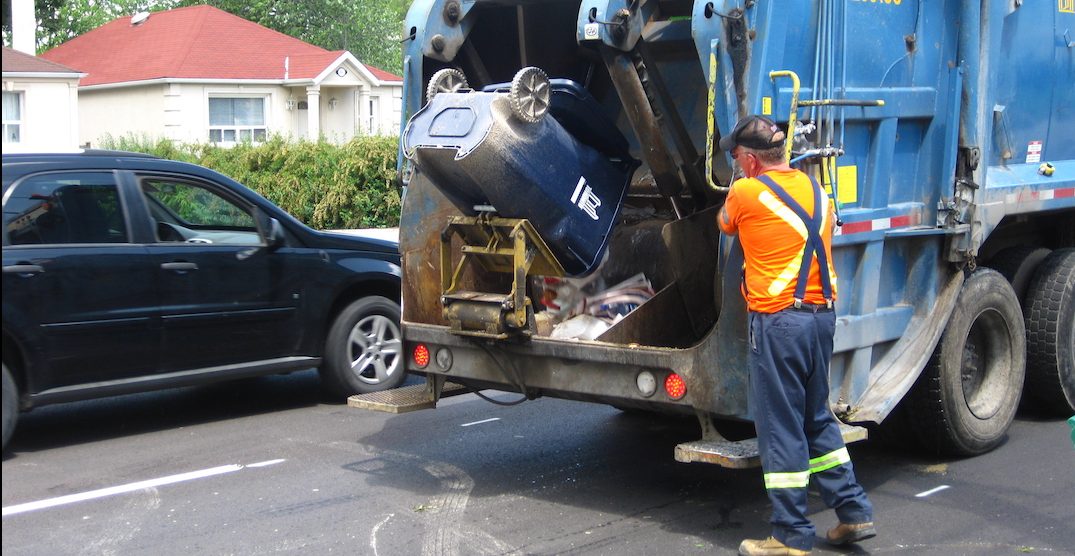 Residents living east of Yonge might not have their garbage collected starting February 27.

On Thursday, Toronto city hall announced its contingency plan in the event that the approximately 5,000 outside workers strike next week.

Toronto’s outside workers include those who deal with garbage and recycling collection, east of Yonge Street, water treatment, road maintenance, and snow clearing.

TCEU Local 416 – CUPE — the union that represents outside workers — have been in a state of collective bargaining with the city for more than four months.

According to the city, the most visible impacts of the strike will be:

The city said that emergency animal services will continue, fire services and the Toronto Police Service will not be impacted and city parks will remain open.

For months, both sides have been unable to reach an agreement and while some issues have been agreed upon, those that remain outstanding include job security, parental leave, benefits, and wages.

“The city’s bargaining team has been at the table with Local 416 since last fall and remains committed to negotiating a new collective agreement that is fair and reasonable to employees and affordable for residents,” the city said.

The city also is in talks with CUPE Local 79, which represents more than 24,000 inside workers.

Mayor John Tory announced that city council will meet a day earlier than usual next week on Wednesday, February 26, to ensure the city’s agenda can be addressed before the impending labour disruption.

“While we remain hopeful that a deal with TCEU, Local 416 – CUPE can be reached without any labour disruption, we have to prudently manage for all contingencies,” Tory said in a statement. “In particular it is important that council get our urgent business addressed in a timely fashion, particularly a number of affordable housing items that we know will be on this agenda, so that the city can focus its efforts on providing essential services to our residents in the event a labour disruption occurs.”