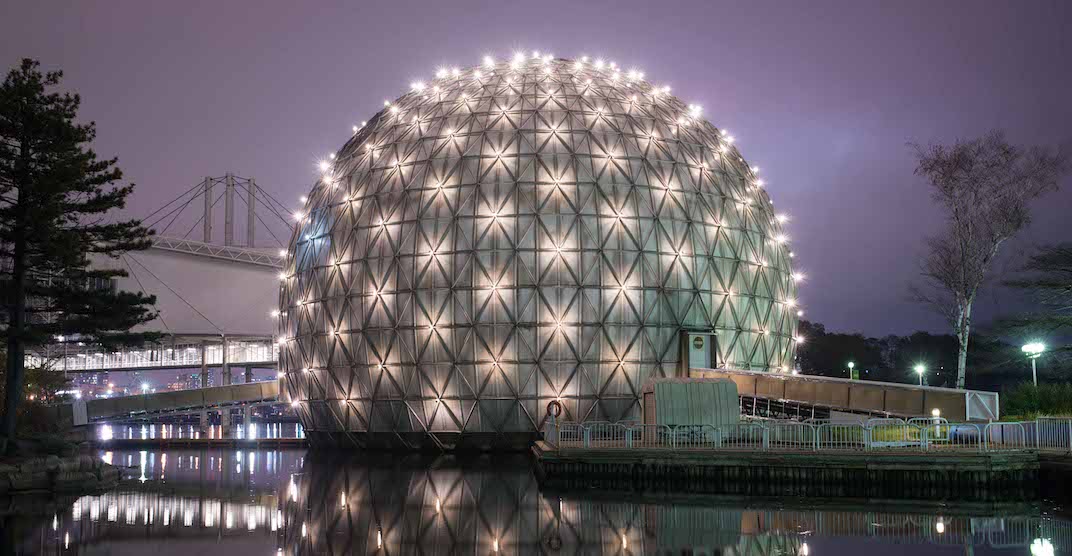 Now that fall is officially underway, there’s no better time to warm up with a good movie.

And it just so happens that Toronto’s Cinesphere theatre at Ontario Place will be screening several iconic films over the next few month as part of its fall and winter programming.

Because there really is no better place to experience some of the most critically-acclaimed films of our time than in Toronto’s famous geodesic dome, where the movie-going experience is unlike anything else in the city.

The Cinesphere has been an iconic landmark in Toronto for almost half a century and is now a year-round destination, where movie lovers of all ages can enjoy a film on the big screen.

Starting on October 5, Cinesphere will screen a number of iconic films including Top Gun in IMAX 3D, followed by Back to the Future, Ghostbusters, Alien, Aliens, Blade Runner: The Final Cut, Blade Runner 2049 in IMAX, The Fifth Element and Die Hard.

The full list of showtimes can be found here.