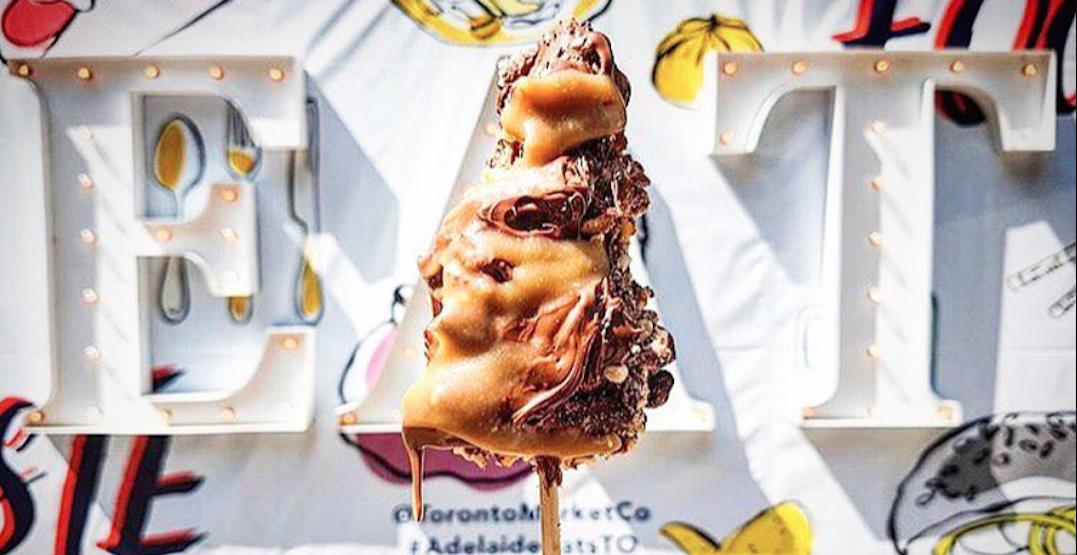 If one thing’s for certain it’s that Toronto loves its cheesecake.

But for those who have grown a little tired of the predictable graham cracker and cream cheese combo, there’s now a much more decadent way to enjoy the delicious dessert in the city.

Toronto’s Heirloom food truck has teamed up with Fugo Desserts to host an exclusive pop-up where Toronto foodies and dessert enthusiasts can get their hands on… wait for it… cheesecake on a stick.

Heirloom debuted this wickedly sweet variation of the popular dessert last year, but it’s only been available at their food truck.

But now, thanks to this pop-up, hungry Torontonians can lineup and get their hands on the Instagram-worthy dessert until November 9.

During the pop-up, Heirloom will be debuting a number of new flavours including s’mores and lemon meringue in addition to their signature flavours like chocolate hazelnut crunch and coconut cream pie.

Heirloom fans will be happy to know that the brand is in the works of opening up a permanent location in the coming months. But until then, you’ll have to head to Fugo Desserts to get in on the action.

When: October 20 to November 9
Where: Fugo Desserts, 205 Dundas Street West