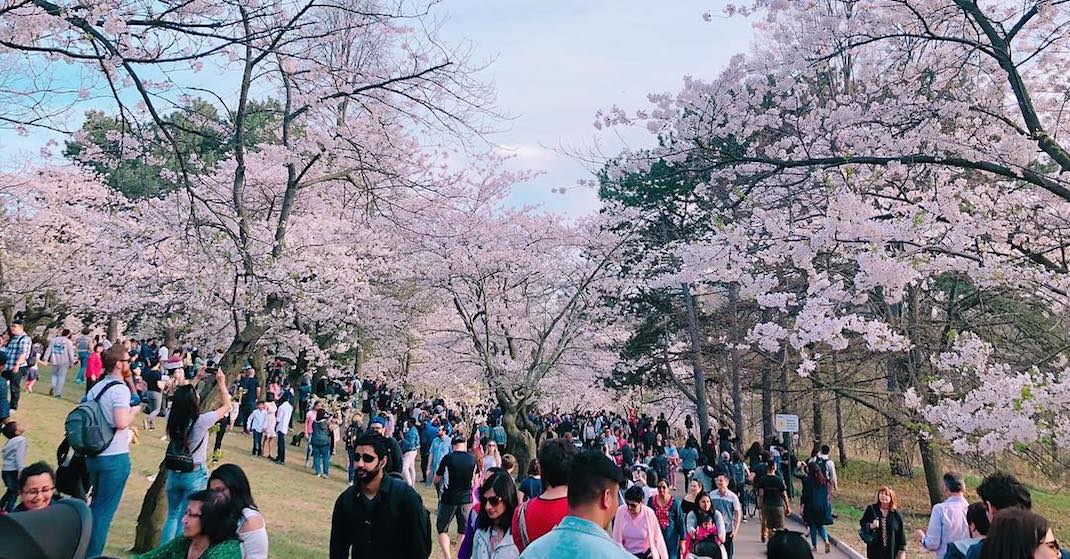 While cherry blossom season is always a big deal in Toronto, this spring holds an even more significant meaning.

This spring, Toronto will celebrate 60 years of cherry blossoms in high park, marking the anniversary of Tokyo’s generous donation of 2,000 cherry blossom trees to the city in 1959.

On Sunday, Mayor John Tory celebrated the anniversary at High Park and was joined by Takako Ito, the Consul General of Japan in Toronto.

The occasion was marked with a ceremonial plaque and celebrated with the planting of a young Sakura tree, as well as performances in the park by artists Ten Ten and Sakura Mai.

Thank you to the Japanese Consul General Takako Ito for this gift of 6 new Sakura Trees to be planted in High Park. These trees will serve as further evidence of Toronto’s enduring relationship with the people of Japan. pic.twitter.com/yUJTiImXHD

Following the recent dose of spring-like weather, Sakura in High Park says the buds have entered into the third stage of development and they are expected to reach peak bloom between May 7 to 12.

Once the blossoms reach peak bloom, for the first time ever, vehicles will not be allowed to park or drive through High Park during the peak bloom period between late April through early May.

This means you will not be allowed to drive into the park to any of the lots near Grenadier Café, Children’s Playground, or High Park Zoo.

The change is aimed to increase public safety and ease traffic congestion both in the park and surrounding neighbourhood.