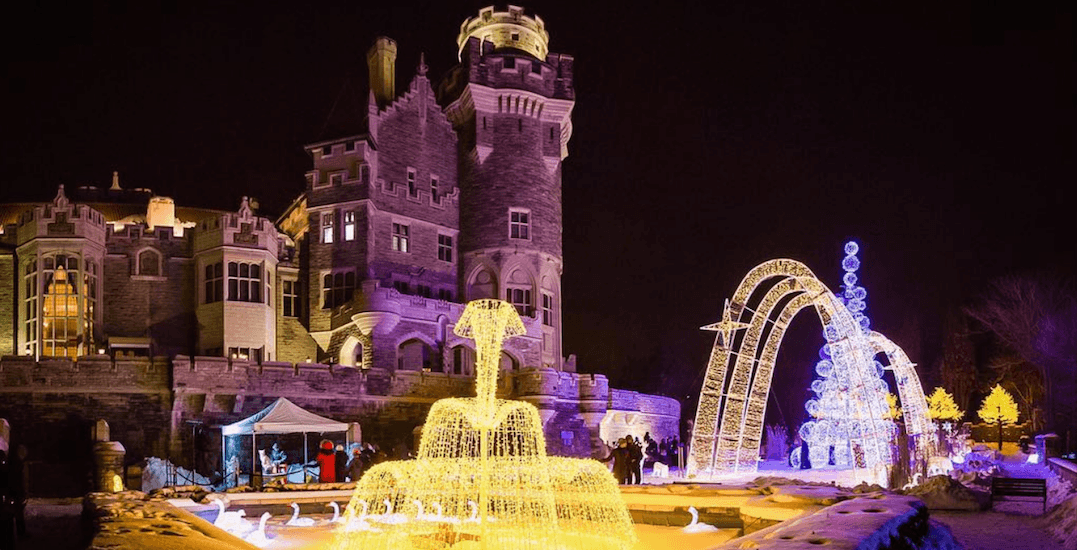 Earlier this year, Casa Loma was recognized as one of the best historic sites in the province.

This doesn’t come as much of a surprise, because in addition to being a historical landmark, museum and event space, the iconic castle can also classify itself as an upscale dining destination, a terrifying haunted house and even as a magical holiday attraction.

And this holiday season, the castle will be celebrating the season bigger than before by hosting a number of incredible festive events. There will also be plenty of holiday décor to get you into the festive spirit, including a 40ft tall tree in the Great Hall, designed by Fashion Icon Jeanne Beker and eight other signature trees by talented Canadian designers.

This December, the castle will be celebrating 150 years of Canadian Christmas, by hosting a wide range of activities and thrilling performances that will be fun for the entire family. Holiday performances include famed illusionist and entertainer Professor Wick, who will be performing at the castle in addition to ice skating performers Glisse on Ice.

During the 150 Years of Canadian Christmas event, the castle will also be hosting a toy drop location, and one dollar from each adult admission during the month of December will be donated to the CP24 CHUM Christmas Wish Foundation.

The castle’s Canadian Winter Nights event will feature the same attractions and performances from the afternoon, but will also give visitors the opportunity to explore the castle’s grounds to take in the magical Christmas lights and holiday displays throughout the gardens.

Here are some photos from last year’s holiday events to help get you excited for this year.