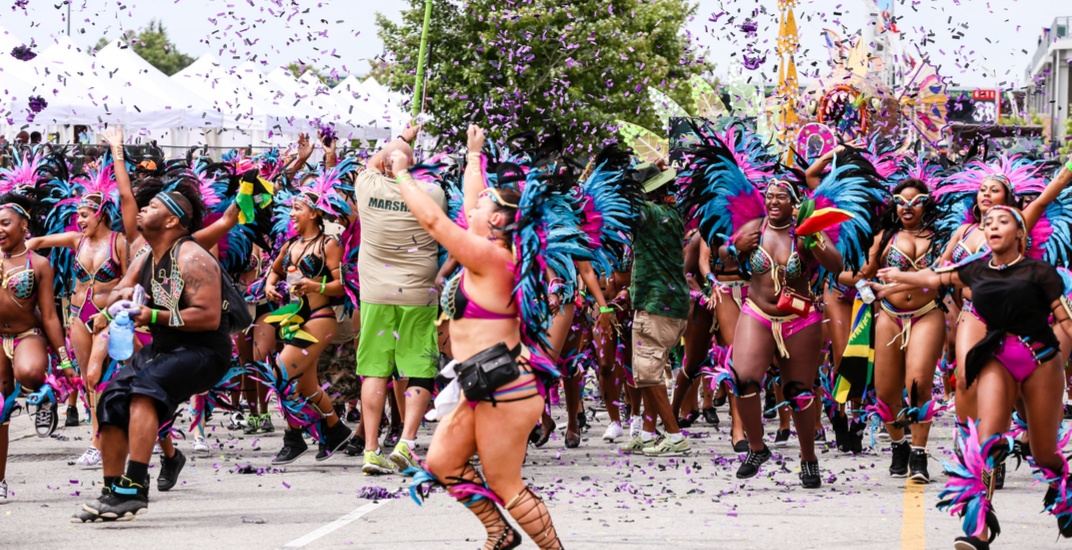 If one thing’s for certain, the Toronto Caribbean Carnival completes summer in the city.

Caribana, as it was formally known, has always been one of the biggest cultural festivals the city experiences in the summer.

From the Soca rhythms to the extravagant, colourful costumes, the Toronto Caribbean Carnival continues this weekend.

And while the festivities officially kicked off on July 9, here are some of the best upcoming events to check out before Carnival is over.

The grandest and most spectacular show of the Toronto Caribbean Carnival. The Kings, the Queens, and individuals of the Carnival bands will unveil their elaborately themed costumes highlighting the creative minds and imagination of the designers. Male and female performers embody and showcase the creative work of the talented artists, designers, and costume builders.

A social concept that has become synonymous with Toronto as the event that launches Toronto Caribbean Carnival weekend. DAYLIGHT, the Day-to-Night experience makes its much-anticipated return! Join the festival organizers as they celebrate the fifth anniversary of the annual event featuring NBA Superstar Lebron James.

Friday Night Mas is the newest addition to Toronto Carnival. A Carnival Friday night parade presented by the Festival Management Committee and taking place at Exhibition Place. It’s a night festival bringing Carnival into the light with glow in the dark costume components, music and massive vibes.

When: Friday, August 2
Time: 8 pm to midnight
Where: Exhibition Place

The Grand Parade is the largest event of the Toronto Caribbean Carnival. It is the highlight of the annual Festival. After months of preparation, masqueraders in colourful and striking costumes and steel pan bands wind their way from Exhibition Place moving east along Lakeshore Boulevard and returning to Exhibition Place. The road becomes the stage for the masqueraders and steelpan performers. It truly is something you can’t miss.

The Toronto Rum Festival seeks to be the newest addition to the event calendar of Toronto Carnival. This festival will professionally showcase various Rum of the Caribbean while creating a true Caribbean atmosphere through live entertainment, competition, and the sights, sounds, and tastes of the Caribbean.