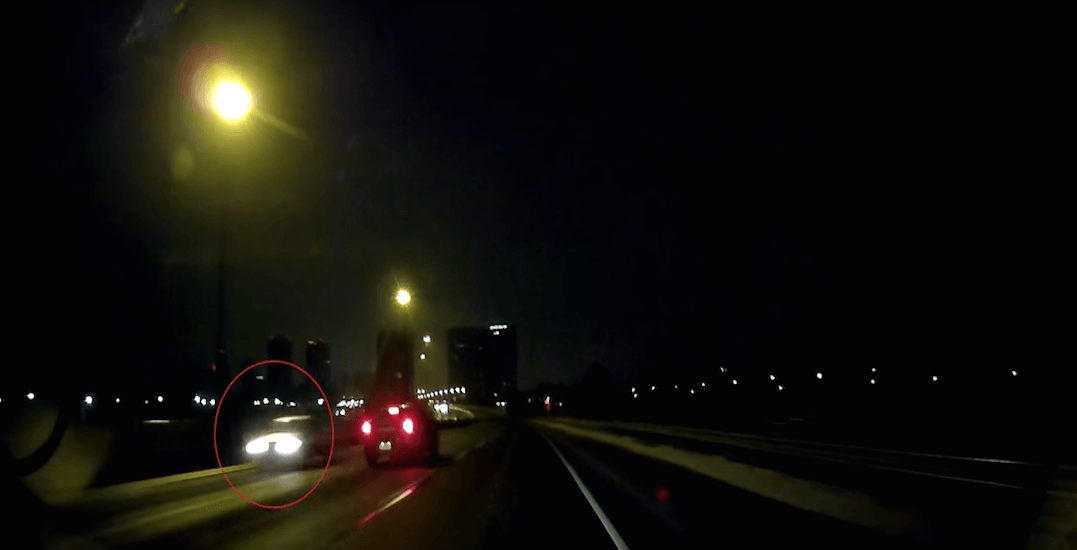 Another day, another sighting of a car driving backwards in Toronto.

In a video shared on Reddit, a motorist was spotted driving rather quickly against traffic on the Gardiner Expressway on January 17.

The video was shared by user DonnyDoodles, who says,”Was on my way to work this morning at 4:20 am and there was a car going Eastbound on the Westbound lanes of the Gardiner. The police said they had received several calls and were trying to find/stop the car.”

In the video you can see multiple cars driving westbound on the dimly lit Gardiner, when all of a sudden a car can be seen driving directly towards oncoming traffic in the far lane.

Upon sharing the video, Reddit users were quick  to share their two cents, with one user saying, “Welp there goes their license,” while another user found humour in the situation by commenting,”They were looking for the TTC tunnel exit on Queens Quay.”

Check out the backwards driver caught on a dash cam below.