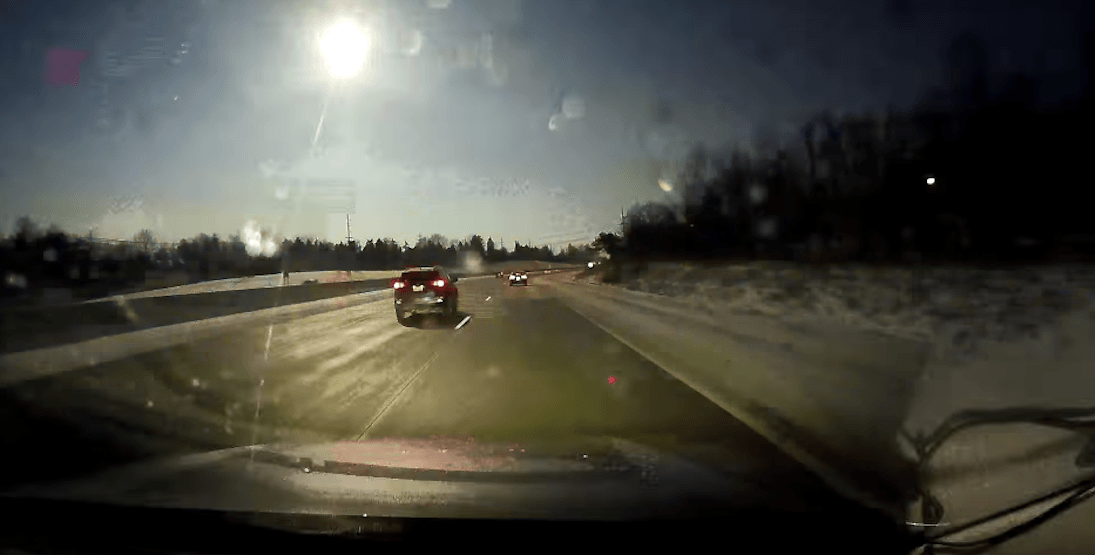 The skies were lit up in parts of Michigan and Ontario last night, but it wasn’t the moonlight shining bright. It was a meteor.

The United States Geological Survey (USGS) confirmed a meteor hit around 8:10 pm ET, causing a magnitude 2.0 earthquake in the region.

Videos of the meteor have circulated social media since, showing what looks like a shooting star at first, then exploding into a bright light. Some eye witnesses also reported a loud explosion.

Soon after the meteor hit, the National Weather Service in Detroit said that the flash and ‘boom’ sound were not that of thunder or lighting, but of a meteor instead.

After reviewing several observational datasets, the NWS can confirm the flash and boom was NOT thunder or lightning, but instead a likely meteor. We continue to monitor feeds from astronomical agencies for official confirmation of a meteor. #miwx

The USGS confirmed that the meteorite fell about 8 km from New Haven, Michigan, where it registered as an earthquake.

The meteor was also seen in Windsor, Ontario.