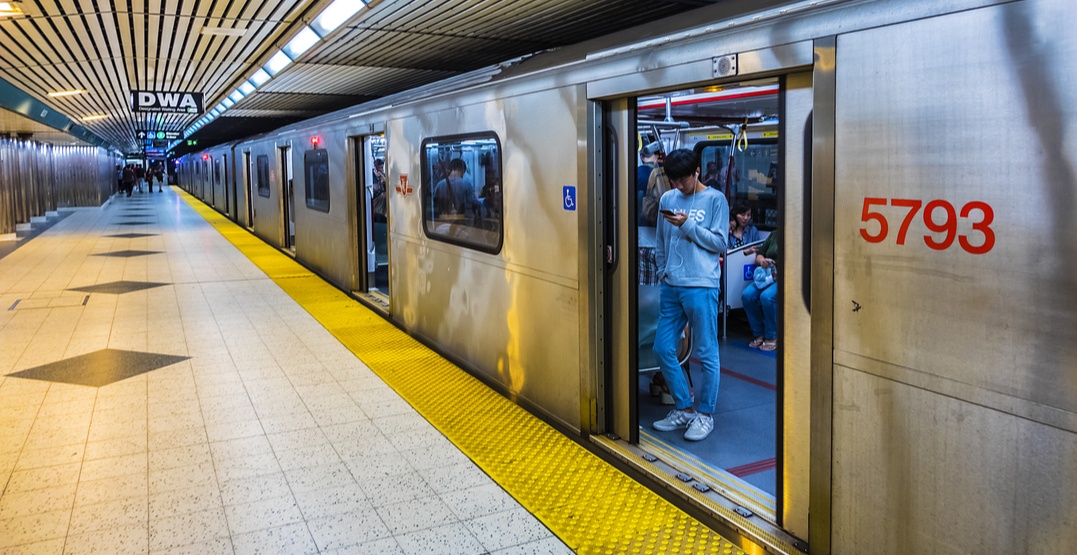 Update: Yonge Station has been re-opened as of 4:50 pm.

As Toronto police continue to investigate a death at Yonge Station, TTC service for the rest of the afternoon and through this evening’s rush hour will be impacted.

According to police, officers responded to a call at Bloor Subway Station, after a 20-year-old male died at track level.

A man in his 40’s was arrested by TTC and Police at the scene of the accident.

And such, the TTC say that on Monday afternoon, trains will continue to run through Yonge Station east and westbound on Line 2 but will not stop.

Because of this, customers will not be able to access the Line 2 platform at Bloor-Yonge.

Service on Line 1 will not be impacted by this investigation and trains will stop at Bloor Station.

To accommodate passengers travelling east or west through Bloor-Yonge:

Customer Service Agents will be on site wearing red smocks and TTC staff will be in place at stations on the Yonge side of Line 1 and both inside and outside the Bloor-Yonge interchange to guide and assist customers.

The TTC’s GO protocol is in effect at Union Station allowing customers to travel to GO stations within Toronto on a TTC fare.

Anyone with information on this tragic incident is asked to call Detective Rob North at 416-808-7400.