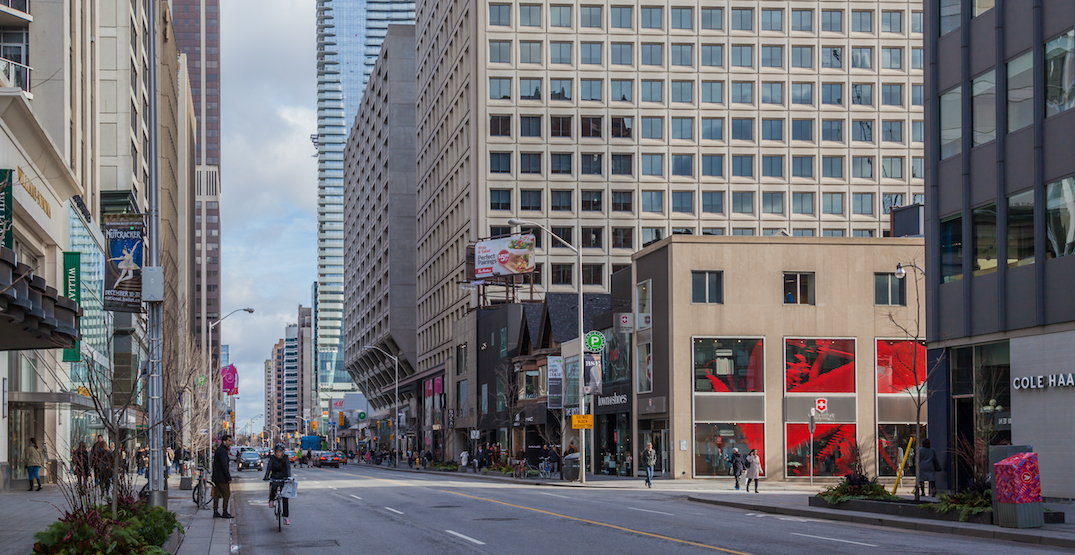 A 19.5 km stretch along Bloor Street and Danforth Avenue could close to pedestrians and cyclists in the near future.

Toronto City Council voted on Wednesday to look into the possibility of shutting down the street as part of the ActiveTO Major Road Closures and Cycling Network Expansion projects.

According to Council documents, this would be done to provide more space for cyclists, pedestrians, and public transit riders to allow for better physical distancing.

City Councillor Kristyn Wong-Tam, who brought forward the motion to include the Bloor-Danforth corridor in the City’s future ActiveTO considerations, shared a map of the proposed east-west route.

If implemented, the street closure would start west of High Park at Windermere Avenue and span all the way to Kingston Road in Scarborough.

Cars going north and south would still be able to cross over Bloor and Danforth, according to the proposed plans. Specific dates and times for the proposed closures have not yet been announced.

According to the City Council documents, the decision to move forward with the street closure would be done in consultation with transportation experts, Business Improvement Areas, resident associations, the TTC, and local councillors.

No date has been given for when Council will report back on the feasibility of the closure.