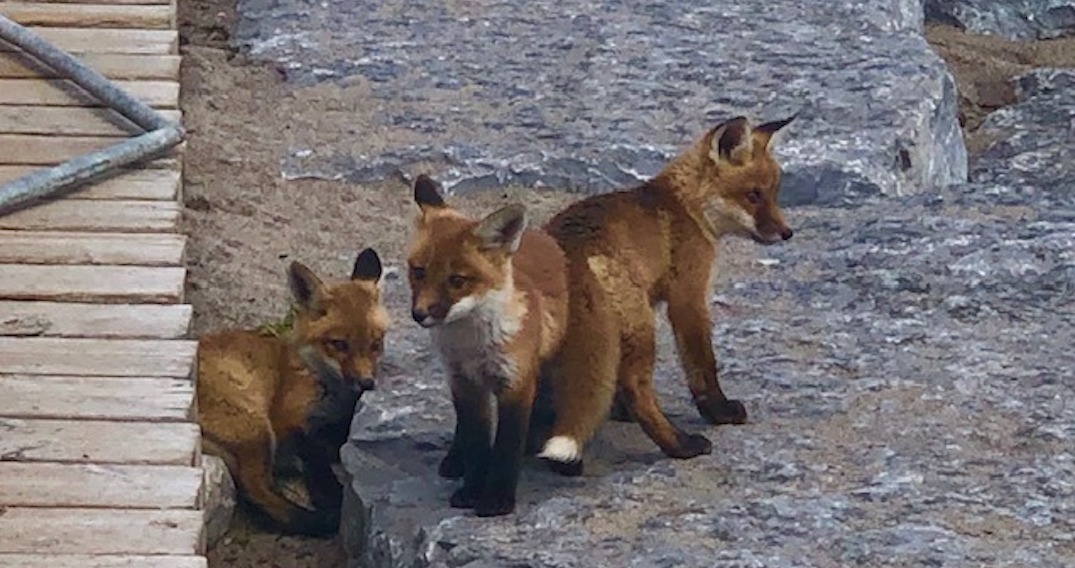 City staff have put up barricades in an effort to protect the family of foxes that have made a home for themselves at Kew Beach.

Toronto Animal Services tells Daily Hive that the new “privacy barrier” installed today can not be seen through, and signage that instructs residents not to disturb wildlife, and to refrain from trespassing and feeding the animals, has been erected as well.

“There is a family of foxes living at the beach. To protect both the foxes and the public, city staff have put up barricades to help protect the animals,” Toronto Fire Chief Matthew Pegg said during the city’s daily briefing on Wednesday.

“We have also deployed City staff to this area, to assist in educating people to stay away from the foxes. Please do not disturb wildlife in the city, either by handling, or attempting to feed them. The experts tell us that this can have negative consequences on the health of the animals, and, it can be dangerous to do so.”

Pegg added that in accordance with the Fish and Wildlife Conservation Act, wild animals will only be relocated when they’re injured, in order to help them recover. Since this isn’t the case, the creatures will remain at the beach.

“The foxes are doing well,” he said, “and we wish to keep it that way.”

City staff are also putting up barriers at 11 Brunel Court, near Lakeshore and Spadina, where another fox den is being monitored.

This barricade will include signage similar to what’s at Kew Beach.

“It is important to ensure that the fox kits are not socialized to humans and thinking that people are a source of food. When wild animals are fed by humans, it alters their natural instinct to be afraid of people, putting both humans and animals at risk,” Toronto Animal Services said.

“Wild animals do not need food provided to them by people because they are skilled foragers and hunters and can find sources of higher quality food on their own. Letting animals use their own natural instincts and behaviours is the only kindness they need.”

The City is requesting that residents to give the fox — a vixen — space to raise her young, and have advised the following:

You can learn more about foxes and what to do if you see one in Toronto here.