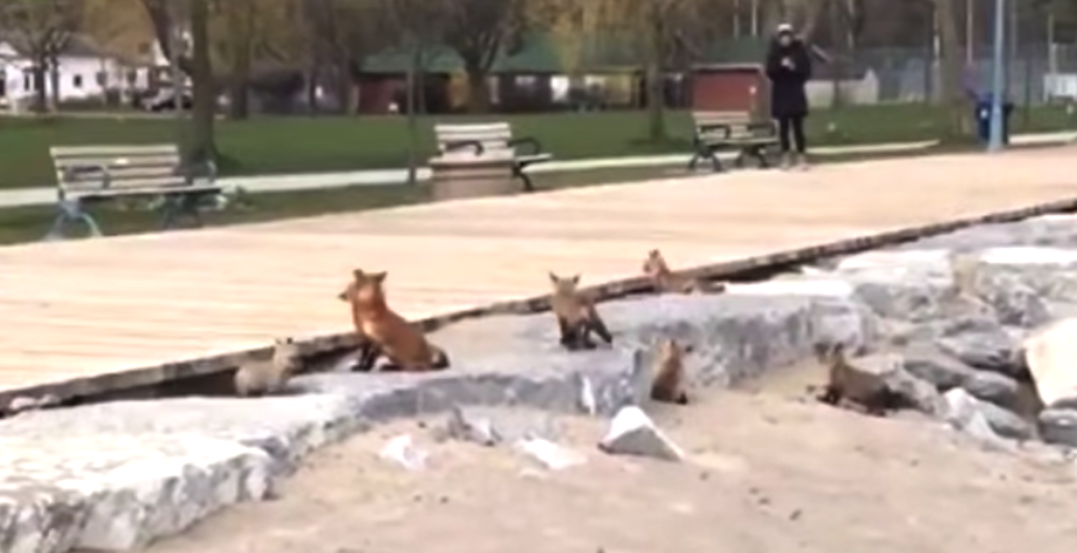 The City of Toronto has formally requested that people practice physical distancing around a fox and her pups, which have been reportedly spotted in the east end.

“Do not gather or stay in the area to watch the foxes, and keep all dogs on leashes,” reads a tweet from the City.

We are aware that a fox and her puppies have been spotted in the east end. Please continue to practice physical distancing to prevent the spread of #COVID-19. Do not gather or stay in the area to watch the foxes, and keep all dogs on leashes.

A video, initially captured by Leah Simone Bowen and shared to the East End United Welcome Project on Facebook, shows a fox sitting guard while her little ones play and roll around along the edge of the Beaches boardwalk.

It is — undoubtedly — an adorable scene.

Over the course of the last several weeks, Torontonians have taken to social media to report several wild animal sightings.

According to city officials, the increase in spottings can likely be attributed to both warmer weather, and fewer people in places that are normally crowded as the community continues to self-isolate.

Now, the message from the city is clear — if you happen to catch a glimpse of a wild animal while you’re out getting fresh air, they deserve the same treatment as anyone else you come across — respect social distancing.