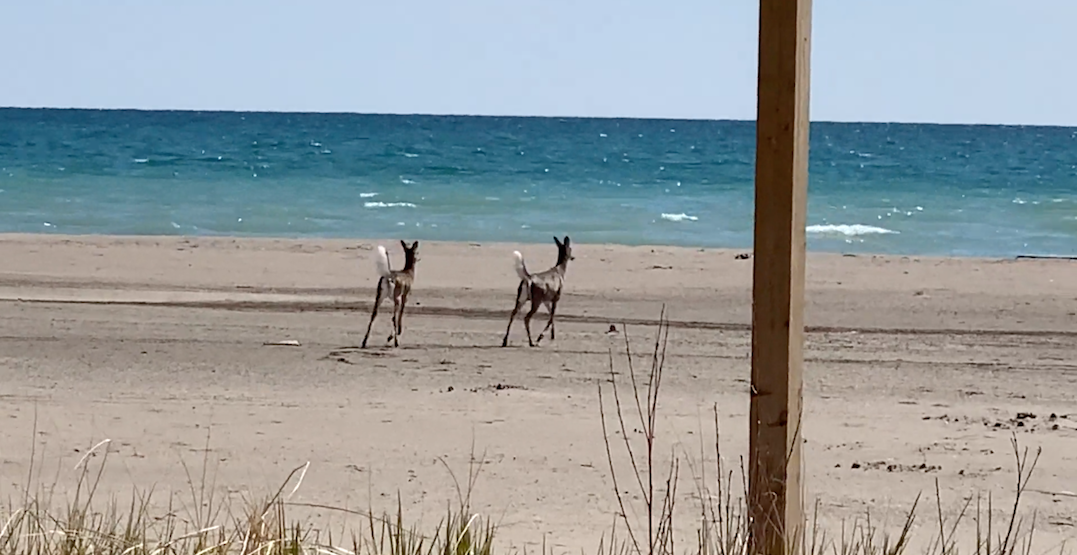 While the normally-bustling parts of the city are much quieter these days, they’re not completely vacant.

Furry friends are taking advantage of the lack of human presence in order to explore parts of the city they usually steer clear of.

Some lucky humans have spotted these creatures — some of which are, seriously, straight out of a Disney movie — and their social media photos have garnered adoration.

According to the City of Toronto’s Parks and Recreation division, an increase in wildlife sightings may be the result of a couple of factors: the weather is one, as this spring is warmer and earlier than last year’s; and, of course, more people sheltering at home.

The City is reminding those who do come across wild animals not to feed them.

If you’re looking to learn more about how to navigate run-ins with specific creatures, including foxes, coyotes, and skunks, you can check out the City’s resource here.

If you’ve not yet been lucky enough to encounter foxes, deer, or coyotes during your respites into the outdoors, no sweat. Just for you, we’ve rounded up some of Torontonians’ most majestic captures of wild animals enjoying the city like they run the place.

Check them out below:

The wildlife are returning to the city. Spotted at Yonge and Queens Quay. from r/toronto

Deer running along beach at Bluffers Park. from r/toronto

Wildlife is taking back Toronto. Deer at Pharmacy and Danforth on Saturday! #COVID19 #eastyork pic.twitter.com/MwmskzJXVQ

Saw a fox strolling along Queens Quay at noon near Spadina in #Toronto today like a dog with no leash. Didn’t have a care in the world it seemed.