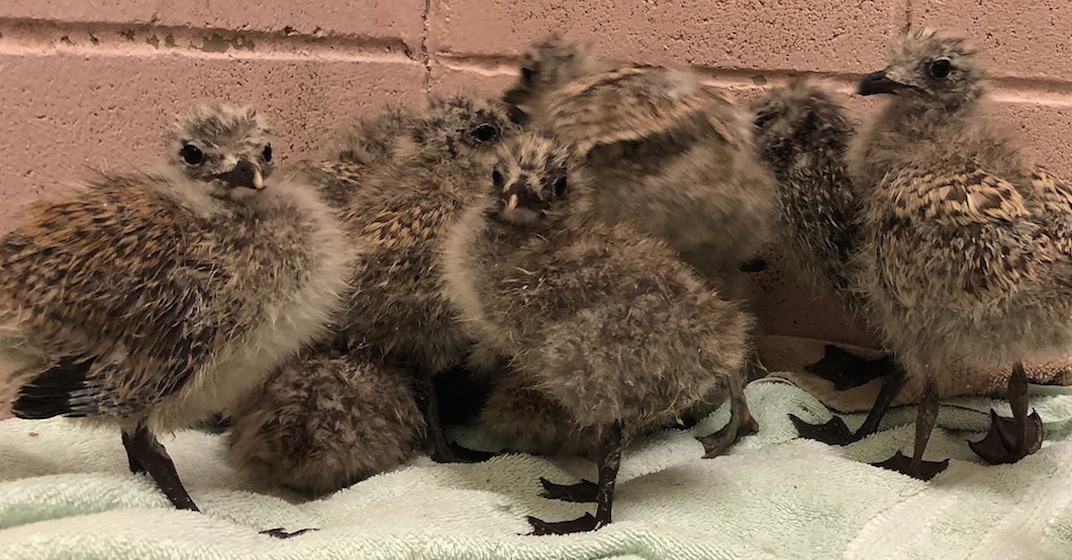 If one thing’s for certain, this month has been a scorcher.

And it hasn’t only been hot for humans but for wildlife, too.

Especially for 190 gull chicks, who were forced to jump off the roof of an industrial building they were nested on in Scarborough.

According to the Toronto Wildlife Centre, the chicks had no shelter from the sun and with temperatures soaring over 30°C, they had to escape to safety on the ground below.

Unfortunately, the chicks were too young to fly and many of them injured themselves as they fell two-stories below.

A post shared by Toronto Wildlife Centre (@torontowildlifecentre) on Jun 19, 2018 at 1:11pm PDT

The Toronto Wildlife Centre sent over its rescue team to find and capture all the babies and rushed the injured birds to the centre for treatment.

Medical staff examined each chick and treated those who were injured from the fall or had burns on their feet.

Once the roof cooled, the Toronto Wildlife Centre brought many of the baby gulls back to their parents, but unfortunately, many of the babies jumped again.

Currently, there are over 90 baby gulls in care, and rescue team is no longer taking the risk to return them back to the roof.

As a charity that runs solely on donations, the wildlife centre has asked the public for help to not only care for the baby gulls but the other injured animals currently under their supervision.

If you would like to help, you can drop off food and donated items to the Toronto Wildlife Centre at 60 Carl Hall Road in Downsview Park between 9 am and 6 pm. You can also make a donation online.

You can watch how the baby gulls were rescued in the video below.