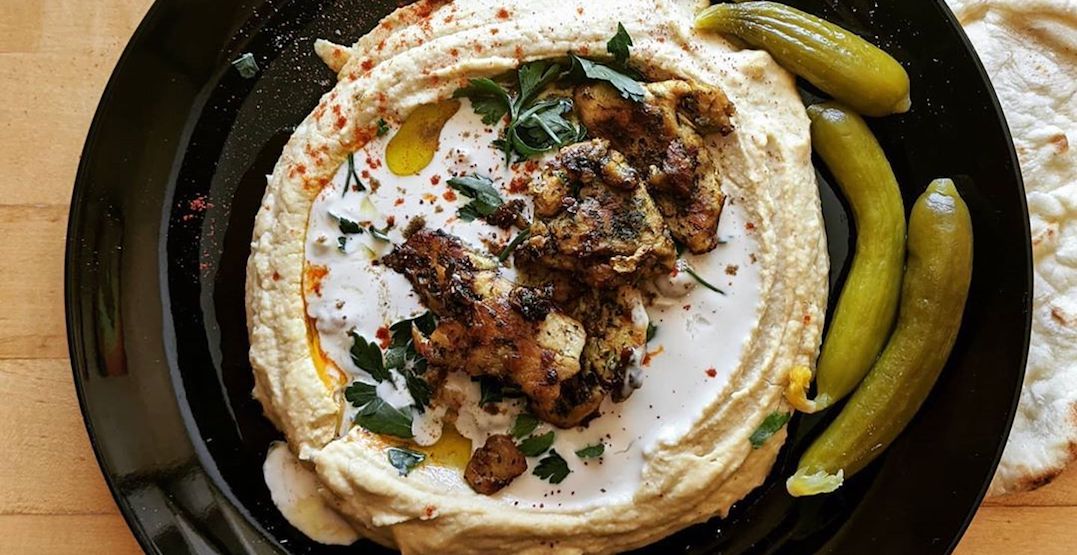 In the place where, not long ago, you could stock up on camo jackets and cargo pants, you can now carb up with a plate of pita and hummus.

Abu Hummus has officially opened in Kensington Market, replacing what used to be AAA Army Surplus at 199 Baldwin Street.

While many will mourn the iconic clothing and accessory store, it can’t be denied that the middle of a heatwave is the prime time to welcome a hummus-focused eatery to downtown.

“As avid hummus enthusiasts, we strive to bring hummus culture to Canada and normalize the concept of hummus as a main meal instead of a side,” reads the new resto’s website.

Using organic ingredients and checking each chickpea for defects before it’s cooked into the creamy, fresh, flavourful spread, this spot says their hummus is in a different category from the store-bought stuff.

If you were planning to drop into Kensington for the flea market this weekend, now you know exactly where you can go for a light and refreshing meal that will help you beat the heat.