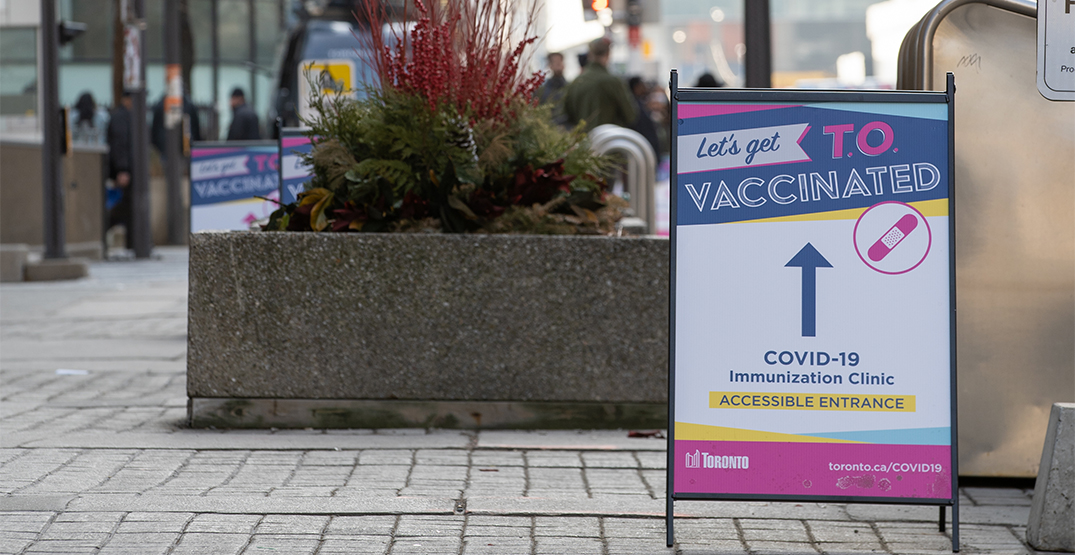 There are 90,000 new vaccine appointments being added to Toronto’s mass immunization clinics in the coming days, the City announced Friday.

This week, there have been long waits to book a second dose after all Torontonians became eligible on Monday because the city was designated a Delta variant hotspot.

Here’s when vaccine-seekers can keep an eye on the provincial booking portal to try and take one of the new appointments:

“I know the vast majority of Toronto residents want to protect themselves, protect their family and friends, and protect our city’s progress fighting COVID-19.  The best way to do that is by getting your first and second dose of vaccine,” Mayor John Tory said in a news release.

The new appointments are being released because more Moderna doses than expected are arriving in Canada this week.

Moderna is currently approved for use in Canada on anyone 18 and over, so only adults will be able to book these Toronto appointments.

Adults who received Moderna, Pfizer, or AstraZeneca for a first dose are eligible to book one of these appointments for their second shot, provided a minimum of 28 days has passed since their mRNA vaccination or eight weeks for AstraZeneca.

Pfizer and Moderna’s products are both mRNA vaccines that are incredibly similar and give nearly identical protection against the virus. As a result, Ontario now considers the two products interchangeable when completing a two-dose regimen.