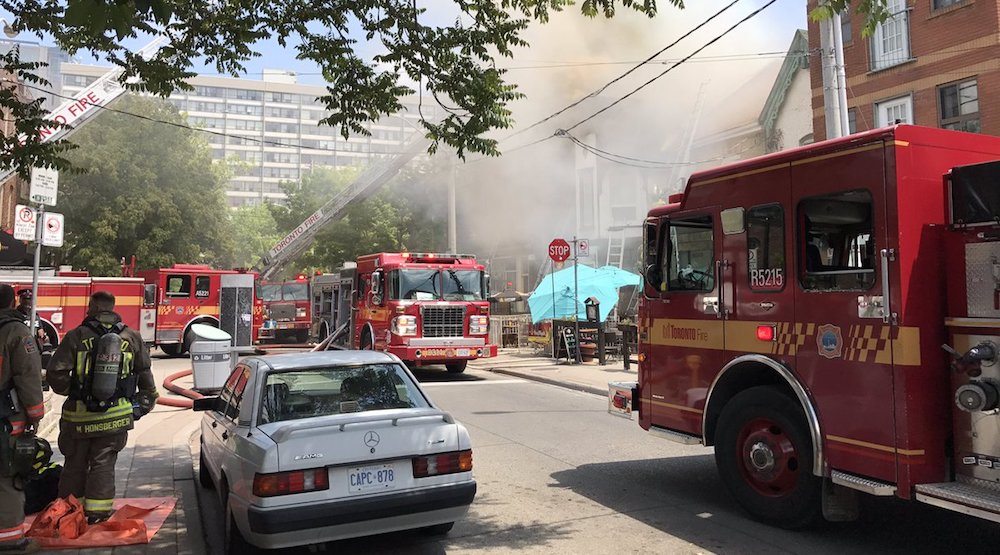 Multiple emergency vehicles are currently on the scene, and Toronto Fire is requesting the public to avoid the area.

The fire was reported around 1:30 pm, and Toronto Fire Services say that it is contained.