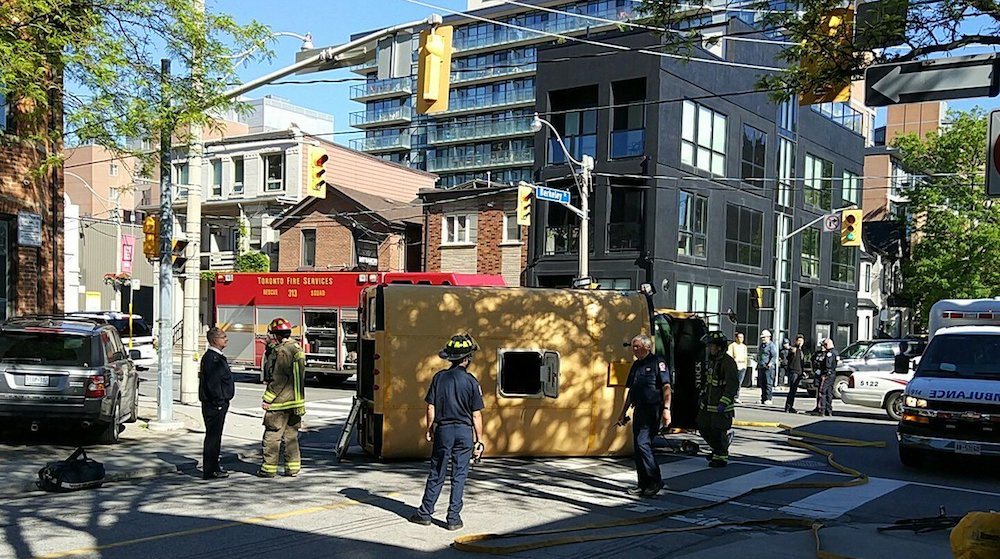 A school bus rolled over on Richmond Street East this morning while carrying children.

The accident occurred on Wednesday morning on the corner of Richmond and Berkeley Street, according to Toronto Police.

Toronto police have confirmed there were five children on board the bus when it rolled over and that all were taken to Sick Kids Hospital with minor injuries.

The roads remain closed in the area as police continue to investigate.