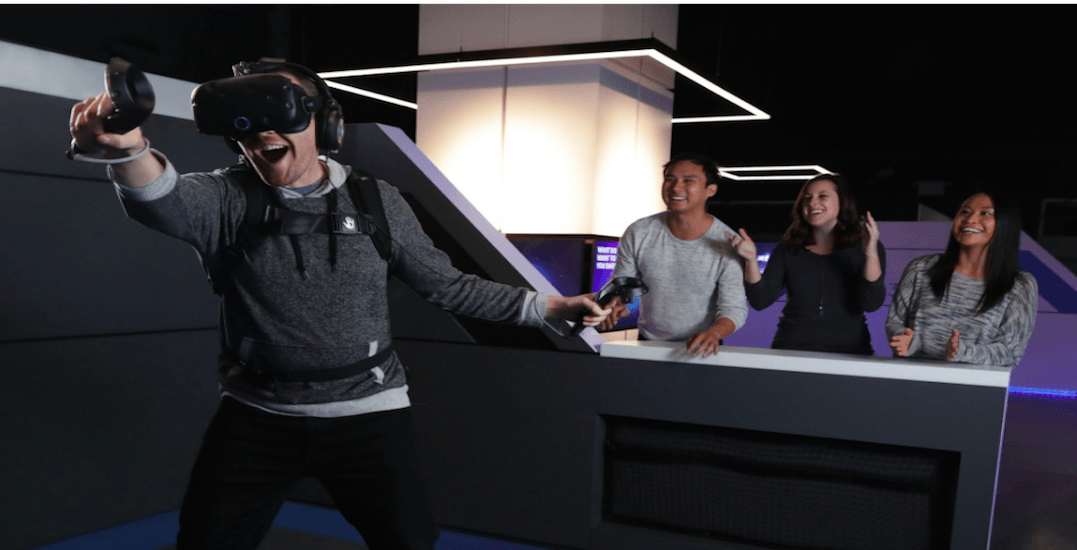 If you’ve visited Scotiabank Theatre in Toronto in the past few months, you would have noticed that it’s been under construction. The theatre was preparing to open the first ever IMAX VR Centre in Canada.

And the wait is finally over.

According to Cineplex, the new centre will feature a mind-shattering VR experience with insanely immersive visuals and 360 sound, launching you into a virtual world more realistic than anything you’ve ever imagined.

The new setup will feature the most advanced VR headset and motion-tracking technology, which will be powered by insanely fast computers, giving you a VR experience that’s light years ahead of anything else available.

Whether you’re a VR beginner or an adrenaline junkie looking for an intense thrill ride, there’s definitely something for everyone.

The length of each experience will vary, but according to the Cineplex website, the experience times range from 7 to 20 minutes at this location.

If you’re interested in trying out one of these experiences, head to the IMAX VR Centre located on the ground level of Scotiabank Theatre for tickets.