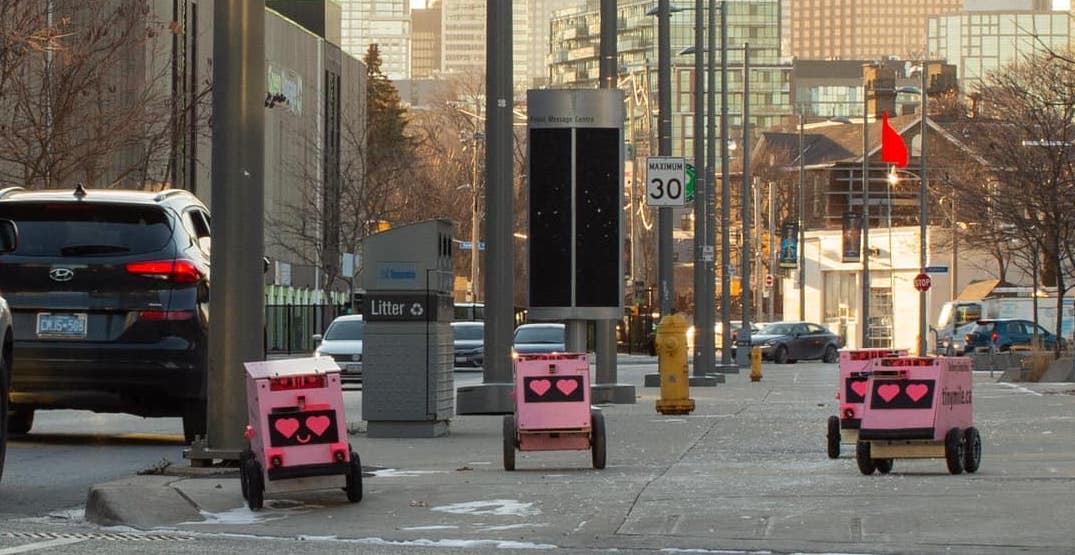 Tiny robots are taking over Toronto —  and delivering food! Tiny Mile uses mini-robots to help cut the cost of delivery fees for small businesses. According to Tiny Mile, there are six robots on the roster that are all named Geoffrey and use they/them pronouns. These ‘bots deliver food within two kilometres of restaurants via Uber Eats.

“Our main focus at Tiny Mile is to offer an affordable and efficient delivery service,” the company said on its website.

For small businesses, they help save on commission fees. 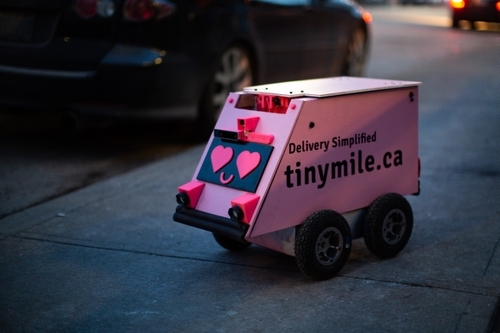 The company was founded in 2019 with its G1 and G2 prototypes. They have since developed new G10 versions.

According to Tiny Robots, remote pilots control them from gaming consoles in their homes. Each robot has cameras and a GPS that help them move around the city.

How it works is pretty simple. Orders are placed via Uber Eats, and the dispatch team receives the order at the same time as the restaurant as long as it is within a two-kilometre radius.

When Geoffrey is on the way to the restaurant, customers will receive a call from the dispatch team confirming that the robot is delivering the order.

Customers meet Geoffrey outside, then show their order number to the front camera before the lid unlocks and opens.

The company has currently partnered with over 20 restaurants in the city, including El Catrin Distilleria, Billy’s Burgers, and Bombay Palace.

As of June 2020, Tiny Mile has made more than 500 deliveries, and it continues to grow.