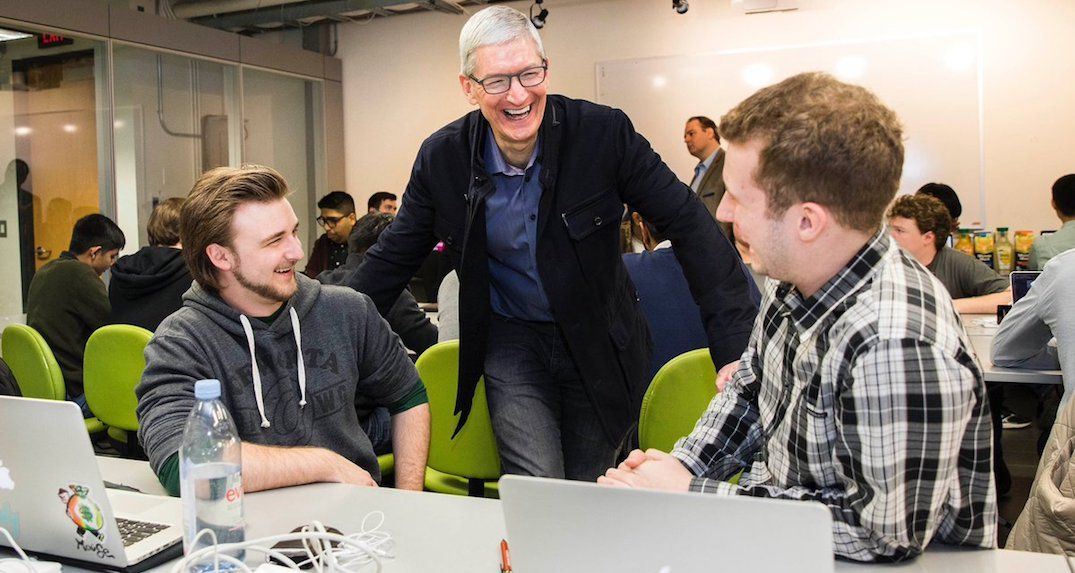 Apple CEO Tim Cook made headlines yesterday, after making a surprise visit to Toronto’s very own Apple Store in the Eaton Centre.

Cook was in town to visit a group of young Toronto students taking coding lessons with Apple about the company’s coding education initiatives.

But Cook’s first visit to Canada didn’t stop there, the tech leader kept quite busy during the rest of his stay in Toronto.

Yesterday, Cook met with Toronto-born R&B singer Daniel Caesar, who was “very shook but also very honoured” with the meeting.

We got to chop it up with #TimCook today I was very shook but also very honoured. + shoutout @apple for the new gear 🙏🏿 pic.twitter.com/vfIfsgf6mS

Cook then met with a group of students from Sheridan College, where he congratulated them on their recent app development with Swift.

Later in the evening, Cook was spotted sitting with Sportsnet anchor Nick Kypreos at the Leafs game, which unfortunately ended in a 4-2 loss to the Colorado Avalanche.

And of course, in true Tim Cook fashion, he left Toronto on a truly humble note, by thanking the city for showing him its culture, passion, and creativity.

And we also hope to see you again soon, Mr.Cook.