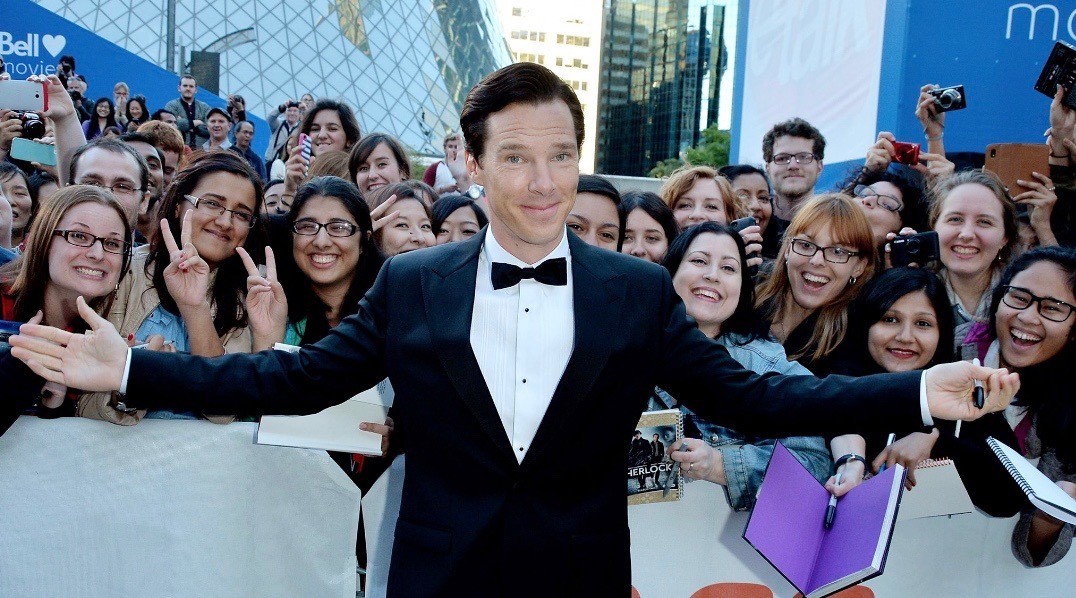 Yes, TIFF is about films, and art, and the business of movie making.

‘Cause if you think all these celebrities are swooping into Toronto just to have a slew of early nights, you obviously haven’t been paying enough attention to your Instagram feed.

Stars, just like the rest of us, enjoy a good night on the town, one too many nightcaps, wearing custom made designer clothes everywhere they go (what, you don’t?), and the chance to celebrate and spark conversation around their latest turns on the big screen.

So while we can’t give out any addresses or invites to these parties, we can tell you that they are most definitely happening, and that if you know anyone in the business that is show, now is the time to call in a favour.

What: Toronto Life Magazine celebrates the launch of Stylebook and their sixth annual list of the city’s Best Dressed. This event will see a veritable who’s who of the Toronto social scene mingle with celebrities.
When: September 8

What: ET Canada hosting one of the hottest opening night parties to kick off TIFF 2016.
When: September 8

What: NKPR, in collaboration with The Scott Brothers (Property Brothers, Brother vs. Brother) have created a landmark destination called the NKPR IT House x Producers Ball, a 5-day event featuring artist collaborations and experiential programming.
When: September 8 to 11

What: Inaugural launch of Maison Moët, presented by Moët & Chandon. Maison Moët will run during the first weekend of the Toronto International Film Festival.Special guest DJ, Hannah Bronfman on Thursday night and DJ Jason Palma, on Friday. Maison Moët is the perfect place to stop by for a glass of Champagne – You never know who you will run into!
When: September 8 & 9

Bungalow 8 Pop Up at The Rooftop Lounge

What: The tight-lipped pop-up nightclub at Thompson’s Rooftop Lounge, Bungalow 8 was a legendary nightspot in NYC popular with celebrities for its extreme discretion.   This is the pop-up’s third year with Thompson, and last year we had Idris Elba, Darren Aronofsky, Cary Fukunaga, Chiwetel Ejiofor, Luke Evans, Donald Glover and Zachary Levi (amongst others).
When: September 8, 9 & 10

What: Mongrel House will again serve as a hub for a series of events hosted by Mongrel Media and Mongrel International, in celebration of the distributors’ films premiering at TIFF. Modern, sophisticated and fun, the grounds at Mongrel House will be transformed into a colourful oasis offering retreat to invited guests, while still in the heart of the festival.
When: September 8 to 14

What: Villa Azur will be popping up at The Spoke Club for the very first time during TIFF opening weekend, which will include the annual White Party on Thursday, September 8 and Sunday brunch on Sunday, September 11 with a live DJ.
When: September 8 to 11

What: A morning party meant to flip the script on the festival and celebrate healthy living, and good clean fun! Starting off with a bit of yoga, some funked up fitness, and building to a feverish crescendo with a backyard house party with Rich Aucoin. Delicious food and virgin shooters/smoothies to be provided.
When: September 9

What: Hosted by the Drew and Jonathan Scott of The Property Brothers, the 6th annual Producer’s Ball is dedicated to shining a light on the role of producers as visionaries in film, television and digital production. The gala is shared with international and Hollywood peers and will celebrate the success of the entertainment industry.
When: September 9

What: Holt Renfrew is a proud presenting sponsor of the 2016 Variety Cast Dinner and Lounge. In past years, talent who have visited the studio in the past have included: Ben Affleck, Orlando Bloom, Marion Cotillard, Johnny Depp, James Franco, Jennifer Garner, Ryan Gosling, Rachel McAdams, Octavia Spencer, Kristen Stewart, and many more.
When: September 9 to 12

What: A-List Communications, along with The ONE Group’s signature restaurant brand STK and GREY GOOSE® Vodka, will bring a series of film festival pop-ups to Toronto, introducing the Company’s first Canadian location for two days of VIP dinners and cocktail parties.
When: September 9

What: Film premiere pre-party for “That Pretty Thing That Lives In The House” distributed by Netflix and directed by Osgood Perkins.  Expected cast includes Ruth Wilson (The Affair, Saving Mr. Banks), Lucy Boynton (Rebel In The Rye), and Bob Balaban (Grand Budapest Hotel, The Monuments Men).

What: The start of production and reception for We Kill Death, a new film focusing on four astonishing daredevils from Russia and Ukraine. At the cocktail and canapés reception, guests will witness a live, dramatic, breathtaking demonstration of skill that’s destined to become part of the film. The producers promise “a live stunt unlike any other in the history of the Festival.”
When: September 9, 8 to 10 pm

What: A private event for some of the top distributors, entertainment lawyers and financiers in the business who actually bring Canadian and international Content to life.
When: Saturday September 10th

Entertainment Weekly Must List Party
What: “Must List” is actually a redacted version of the event’s original name: “The Must Get Familiar With Now For Awards Season List.” Some of entertainment’s biggest stars will be in attendance.
When: September 10

MONTECITO 2016
What: Last year, Montecito was definitely a hotspot, hosting some of the major parties, including the parties for Trumbo (Helen Mirren, Brian Cranston, Elle Fanning), Freeheld (hosted by Vanity Fair w. Julianne Moore, Ellen Page, Michael Shannon), and Our Brand is Crisis (George Clooney, Sandra Bullock) – all of whom were in attendance at their respective parties. We expect even greater wattage this year with two big studio events at the restaurant.
When: September 11

BIRKS DIAMOND TRIBUTE TO THE YEAR’S WOMEN IN FILM PARTY

What: Peter Tunney will be capping off his residency at the IT House x Producers Ball with an exclusive private exhibition on the evening of September 12, 2016 with 50% of all sales going back to Artists for Peace and Justice.
When: September 12

Screen Actors Guild Event
What: This exclusive party for members of the SAG will see A-listers sipping Thompson’s signature cocktails!
When: September 12

What: TIFF will celebrate the announcement that the next City to City programme will focus on Lagos, Nigeria. This is the eighth year for the City to City programme, which showcases filmmakers living and working in a selected city, regardless of where their films are set. Cities featured in past programmes include London, Tel Aviv, Istanbul, Buenos Aires, Mumbai, Athens and Seoul.
When: September 13

What: The official film premier party celebrating the Premiere of Two Lovers And A Bear with Dane Nehaan, Tatiana Maslany, and Director Kim Nguyen.
When: September 13

What: For this year’s Toronto International Film Festival (TIFF), major sponsor L’Oreal has planned to host The Gold Party under the stars Rooftop cocktail party with the Toronto Raptors DJ on the decks all night.
When: September 15