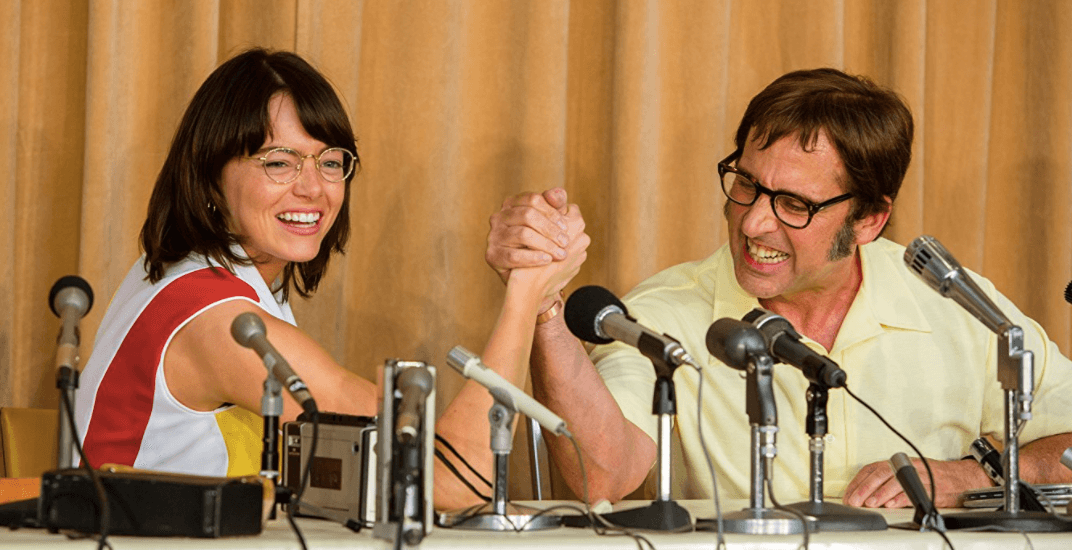 TIFF, Toronto’s artistic pride and joy, was in full swing over the past week.

Crowds gathered around hotel entrances and parked limousines for even the smallest glimpse of a star — or something greater. But the real stars at the festival are the movies. Last year, it was decidedly La La Land. This year, too soon to tell. But buzz on the street seems focused on the James Franco-helmed The Disaster Artist, an adaptation of a book about the making of the infamous cult classic The Room.

Below is a select list of the festival’s most anticipated films, best reviewed films, and the films that, let’s face it, are headed straight for the Oscars.

To start off with a bang, Molly’s Game. A slick adaptation by Aaron Sorkin of the novel by the same name. It centres on an intelligent, driven woman, Molly (Jessica Chastain), who takes business into her own hands and starts a high stakes gambling ring, filled out by celebrities (Michael Cera), and anonymous billionaires.

Besides the obvious (Sorkin will receive a nomination for his screenplay, as he has so many other times before), the out-of-this-world cast seems primed to fill a few acting nomination spots.

What’s better than the gradual build up to awards season?

Who doesn’t a love a Seth Rogen-James Franco pair-up? From Freaks & Geeks to Pineapple Express to The Interview, over the last two decades the pair have graduated from easy laughs to… easy laughs and meditations on friendship. In The Disaster Artist, their adaptation of the the novel about the seriously misguided filming of The Room, they take on a weightier themes: accepting an outcome different from original intentions, and the insidious difficulties of the creative process.

As is their way, the cast of The Disaster Artist features a rainbow of familiar faces in comedy. Alison Brie, Dave Franco, Zac Efron, Hannibal Buress, and more pop up.

TIFF was its official premiere (a cut of it showed at SXSW a while back), and festival goers have shown it all the love it deserves.

From the mainstream we head into the art world. Though Lady Bird stars Saoirse Ronan (Brooklyn, Hanna, The Grand Budapest Hotel), a star in her own right, it’s the directorial debut of indie, critical darling Greta Gerwig. Gerwig made a splash in the mumblecore world and then went onto something greater, paired with Noah Baumbach, in Frances Ha, an instant coming of age classic.

With Lady Bird, she retreads that same ground and finds greater success. The film has been met with mass amounts of praise, not only for its writing and directing but its acting.

If the reviews continue this way, it will be no surprise to see Gerwig at this year’s Oscars, face to face with Aaron Sorkin, but safe in the “original screenplay” section.

A period drama based in the American Frontier starring Christian Bale. What else is there to say? How about “Oscar bait”?

The film boasts a dramatic cast as vibrant and exciting as The Disaster Artist boasts a comedic one. Here, shouldered next to Bale, are Rosamund Pike, Wes Studi (The Last of the Mohicans, Dances with Wolves), Adam Beach (Suicide Squad, Arctic Air) Ben Foster (Hell or High Water) and Jesse Plemons (Fargo, Breaking Bad, Other People).

It’s got as much praise as one would expect at TIFF. Bale is no stranger to Oscar nominations (or wins), and he always goes above and beyond, but there’s reason to believe it’s the story and cinematography that may win Hostiles its acclaim. Bale plays an army captain escorting a dying Cheyenne war chief back to his family.

It would be a real miss if this didn’t squeeze into the already too-big Best Picture Oscar nominations category.

Jessica Chastain has had a busy few years, and there’s no end in sight. Here, in Woman Walks Ahead, Chastain portrays Catherine Weldon, a New York artist who travels to Dakota to paint a portrait of Sitting Bull (Canadian Plains Cree actor Michael Greyeyes), and becomes his advisor and confidante. It’s a quiet, elegant story of affection and art.

Charismatic character actor Sam Rockwell rounds out the major names in the picture, and gives us more of a reason to look forward to this winter.

Early reviews from its TIFF premiere call it “feminist”, “liberal”, and “sturdy”. Could we ask for anything else from Chastain?

Unfortunately, there is no trailer available.

In what could be called a surprise revival of a career all but pushed to the background, actress Diane Kruger has put out a devastating performance in her German film In The Fade. Kruger plays a woman traveling quickly down a spiral of grief after losing her family to an explosion set off by Neo-Nazis.

Many have called it the best performance of her career. At the prestigious Cannes Film Festival, it competed for the Palme D’Or (the equivalent of Best Picture), and Kruger won Best Actress.

Although the acting was praised, reviews out of TIFF have been mixed, but this is not uncommon for a foreign film, as they often misalign with what a lot of North American critics consider palatable.

Despite this, there’s no wondering if In The Fade will be at the Oscars. It was recently selected as Germany’s entry in the Best Foreign Film category.

Steve Carell and Emma Stone may well be the most adored actors on the planet thanks to long careers in tv and film.

In The Battle of the Sexes, from the directors of Little Miss Sunshine, the two actors square off as opposing tennis champions. It’s a film about a man trying to exploit what an audience craves (two sides who hate each other — a feminist and a chauvinist), and the woman that wants to do what’s right, which in this case seems to be taking part.

You couldn’t put a more Oscar oriented group of creatives together if you tried — and people have.

If McDormand hadn’t already put this film on track towards the Oscars, the director-writer Martin McDonagh would have. If that name sounds unfamiliar, he’s known for films such as Six Shooter, In Bruges, and Seven Psychopaths, all of which are known for their ability to marry comedy and drama under a banner of darker themes. A film about a righteous woman looking to shame a town’s police force into working a case on the disappearance of her daughter, Three Billboards looks to continue the tradition.

McDormand came out for the premiere of the film to glowing praise and affectionate applause. Like McDonagh’s past films, this may be the “little movie that could” this year, despite a number of heavyweights.

One sign of life? It just won TIFF’s People’s Choice Award. The majority of this decade’s past winners have gone on to win Best Picture.

If the last premise didn’t give you your fill of a serious drama, and if Hostiles didn’t scratch the historical itch, consider Chappaquiddick.

The film depicts the 1969 incident in which Senator Ted Kennedy drove off of a dock and into a river, killing his campaign partner Mary Jo Kopechne, and nearly killing himself. Jason Clarke portrays Kennedy, while Kate Mara portrays Kopechne.

Murmurs at TIFF of the film’s success success in its unsettling atmosphere have wandered up to news, and that’s what gets the Oscar train going. All aboard.

There is no trailer available for this film either.

Lastly, we come to Alexander Payne, a kind of companion to the aforementioned Greta Gerwig films, albeit more of a veteran. Since the mid-90s, Payne has flirted with mainstream success, employing megastars like George Clooney and Reese Witherspoon, and now he’s back at it, this time with Matt Damon and Kristen Wiig front and centre.

The film’s premise is a little — or a lot — like Honey, I Shrunk the Kids, but sees its gimmicky premise through to the end.

Damon and Wiig play a couple confronted with a serious question: If you could drop everything and live in a more idyllic version of the world, would you? This is Downsizing. Scientists have created a way to shrink humans down to fraction of their original size. They build whole functioning towns for these shrunken humans that fill the size of a real life football field.

Little has come out besides initial, fleeting reviews, but if you have to hedge your bets, you do it with Matt Damon. He knows how to gamble, after all.