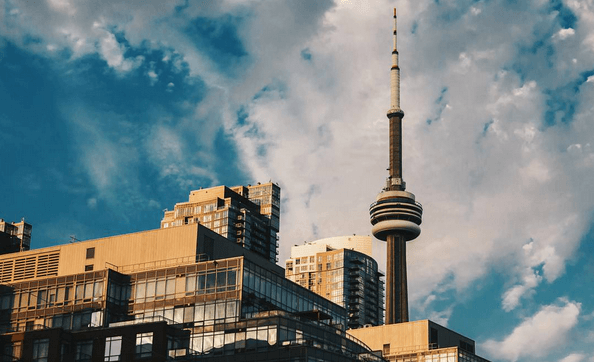 The weekend starts early with the World Cup of Hockey Fan Village fun taking place this afternoon. Make sure to check it out if you’re in the Distillery District neighbourhood. But if it’s not your cup of tea, there are a ton more events in and around the city this weekend. Check out all these awesome events, and fill that social calendar this weekend!

The Scotiabank World Cup of Hockey Fan Village is a 10-day free fan festival in downtown Toronto at the historic Distillery District from September 16 to 25. It will be the epicenter for fans throughout the tournament with something exciting for everyone. The free festival will celebrate the food, music and culture of all participating hockey nations.

Where: Distillery District
When: September 16 – 25

The Killers will be headlining the Pepsi World Cup of Hockey Premiere Party, the official opening of the 10-day fan festival in the historic Distillery District today! You’ll need a ticket for this one, so make sure to grab it in advance.

Syria Film Festival is hosting a cultural event in Toronto. Bringing together family and friends to experience the lives of Syrian refugee youth in “My Dream, My Right”, a collection of 9 documentary shorts produced by Faisal Attrache. In addition, SYFF’s Little Syria band will have a live musical performance featuring many popular and traditional songs for all to enjoy.

Want to dance and have no partner? Then check out the International Folk Dance Open House tonight. Learn dances from around the world. Pot luck refreshments will be served. Wear comfortable loose fitting clothing and comfortable shoes such as running shoes.

The Festival of International Virtual and Augmented Reality Stories focuses on curating the best immersive story-driven content from around the world with the aim of exploring and nurturing this platform for new narrative forms. FIVARS is the first Canadian festival of its kind featuring many world premieres and in our preview screenings and events, audience responses are consistently full of contemplation, surprise, delight, controversy and wonder.

One of our favourite neighbourhoods is getting its own Jazz festival and it is happening this weekend! That is correct. The Kensington Market Jazz Festival finally lands today and will take place all weekend long.

Who said September is boring? Toronto Beer Week starts on September 16, and will give you a full week of brews and events to fill your fall heart’s desires.

Where: Various locations
When: September 16 to 24

A three-day entertainment experience celebrating the Ukrainian Canadian community. From music to food, check out this massive Bloor West festival. Did someone say Perogies?

Where: Bloor West Village
When: September 16 to 18

Where: Fort York Garrison Common, 100 Garrison Road
When: September 16 to 18

The 5th annual Pink O Course combines and obstacle course with a fundraising aspect for Rethink Breast Cancer. The funds raised have enabled Rethink to respond to the unique needs of young women going through breast cancer through pioneering education, research and support programs.

Trinity Bellwoods Flea: Back To School

The Trinity Bellwoods is back and has all your fall and back to school goodies. Fashion, vintage, art, food and home decor all local and all under one roof. Fifty of Toronto’s finest vendors and artisans will all be there!

Where: Roncesvalles Avenue from Queen Street W to Dundas Street W
When: September 17 to 18

After six years, this will be the final edition of the Bloor Ossington Folk Festival. This year’s free festival goes out with a band with Bart, Bidiniband, Bry Webb & the Providers, catl, The Cosmic Range, Eamon Mcgrath, Hooded Fang, The Idaho Stop, Julie Doiron and the Wrong Guys, Wax Mannequin, The Wilderness of Manitoba and more.

Where: Christie Pits Park
When: September 17 to 18 at noon

Enjoy authentic German food, folk music and entertainment while you hoist steins of Steam Whistle Pilsner for revelry and refreshment. Just like the special Munich Oktoberfest ritual, the Brewmaster Marek will be tapping the first keg to signal the beginning of the festivities!

Back in the city after his recent show in July, the extremely talented Anderson .Paak is in Toronto this weekend with Kaytranada for The Manifesto Festival. The California rapper/producer has been on a string of sold-out shows, so definitely do not miss this one!

Celebrate Apt200’s one year anniversary this weekend with CRSB, Teo Nio, Teddy Fantum, and Christo Anesti. This should be one memorable anniversary party!

South East London’s trap producer TroyBoi is coming back this weekend as part of his MANTRA Tour. The hip hop influenced TroyBoi, who has multi-genre sounds and various textures to his music, simply brands his tracks as “My Style.” Check out his style this Saturday.

Open Streets TO is focused on promoting physical activity and exploring our city in healthy and fun ways. Streets will be partially closed to vehicle traffic, and pedestrians can enjoy walking through areas and discovering local businesses and restaurants.

Where: Bloor from Dufferin to Yonge, Danforth from Hampton to Yonge, and Yonge from Bloor to Queen.
When: September 18 at 10 am – 2pm

Toronto’s Food Truck Fest is back! 30 of Ontario’s most mouthgasmic trucks will be offering you special FTFO only creations for $6, and there are other attractions like a drinks garden, artisan market, and more.