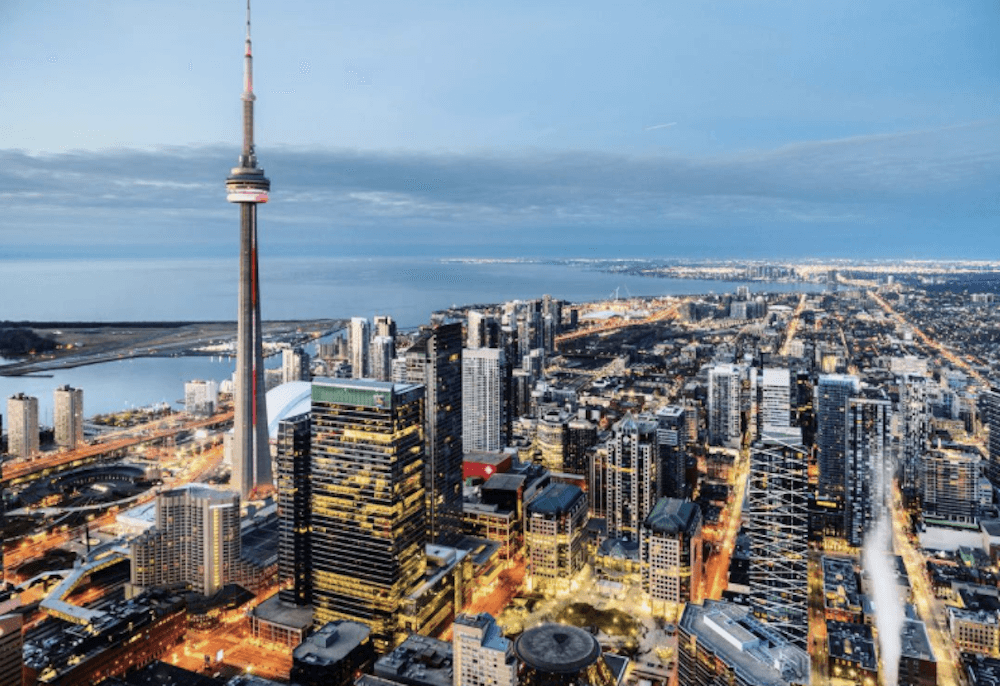 As you welcome the new month, be sure not to believe anything you hear on Saturday, April 1!

But you can believe these events are taking place this weekend. Have a good one!

The pop-up is back, you guys! It’s four days of packed programming, including a live performance by Mac DeMarco, a cutting-edge art exhibition, a market showcasing Toronto creatives, and more. The best part is that it’s all free! House of Vans is the perfect opportunity to have fun while saving money.

Are you a cottage owner, or perhaps an aspiring cottage owner? Prices in Muskoka may be so sky high in 2017, but you never know when you’ll win the lottery! So, why not stop by the Spring Cottage Life Show to check out the latest in boats, docks, water toys, green solutions and much more.

Where: Hot Docs Ted Rogers Cinema
When: March 31 to April 2

The highly anticipated One of a Kind Spring Show returns for its 39th year to introduce exciting new sections that showcase the range of artisanal products available in Canada. This includes the Craft Drinks zone where visitors can sample small-batch wine, beer and spirits from local “makers and shakers”.

One of the world’s most important international photography contests will be coming to Union Station this weekend. The Red Bull Illume showcases adventure sports photography. The photos will be displayed in night-time exhibitions at various landmarks around the world. This year’s tour is starting out in Toronto, because our city is just that cool.

Where: Union Station
When: March 31 to April 9

Attention Toronto yogis: This is the ONE event in Canada for yoga teachers and students to enhance their skills with full day master workshops from Seane Corn, Rodney Yee and Colleen Saidman Yee, Yoga Medicine by Tiffany Cruikshank, Rod Stryker, and other renowned yogis from across Canada and the world.

Doored is a live performance and online TV show organized by the Toronto-based artist duo Life of a Craphead, who are Jon McCurley and Amy Lam. Featuring a series of short works by critically engaged local and international artists working at the intersections of comedy and performance, plus regular Doored features including an intermission sculpture exhibition, and opening music set and a grocery giveaway, Doored returns to the AGO for its 29th edition.

A Glow in the Dark Paint Party!

Paint, Drink, Create the night away with DJ REC and DJ GadJet spinning live with 90’s R&B and House music. A little something for everyone! No painting experience required, just have FUN!!!!

April 1st is more than just April Fool’s Day, it just so happens to be International Pillow Fight Day! Torontonians, get your pillow cases ready and join in on the fun by paying Nathan Phillips Square a visit!

Where: Nathan Phillips Square
When: April 1 at 3 pm

The 8th Annual Toronto Nepali Film Festival is on the horizon! Head down to enjoy a day filled with great movies, food and memories!

Where:  Innis Town Hall, 2 Sussex Avenue
When: April 1 and 2

Have you been contemplating purchasing some new artwork for your condo? What if we told you that you could paint your favourite four-legged friend for free? For one night only, you can come relax, paint and socialize, and paint your own pet!

London native Christopher Taylor, aka SOHN, returns to Toronto as he tours his latest album, Rennen. The electronic/ambient producer broke into the scene back in 2014 with his single “Artifice,” which lead way for the Brit to work with other artists like Banks and Aquilo.

Vancouver’s Said The Whale have a new album coming out, and it’s their first in four years. So the excitement is real with these guys, who have two upcoming shows in Toronto, one of which is this Saturday.

Memory Ball in Support of the Alzheimer Society of Toronto

Memory Ball Toronto is back with its Sixth Annual Gala Event, proudly hosted by the Young Leaders Council of the Alzheimer Society of Toronto. This very special evening brings together young professionals, community leaders and local philanthropists in the fight against Alzheimer’s disease.

Quiet Clubbing is coming back to Hemingway’s! There will be live DJs spinning different genres of music, and you have the power to pick what you want to party to with the switch on your headphones. Don’t like what DJ 1 is playing, you’ll have 2 other choices to keep you dancing and having fun!

You can party ’90s-style just like Cher, Dionne, and Tai in Toronto this weekend! The event presented by 90s Party and Good Kids pays tribute to the 1995 film Clueless with a video dance party that’ll presumably be heavy on The Cranberries and Coolio.

Get down to Shania all night! Break out those cowboy hats and boots and get in line! Playing all the hits from Any Man Of Mine, to That Don’t Impress Me Much, you’ll be sure to be impressed by this night.

Sports fans can enjoy Wrestlemania 33 live this weekend! Head to the Contender on Sunday for all the action.

Not a fan of wrestling? Then check out the Raps as they take on Philly this Sunday!

After opening for Rhianna and J. Cole, American rapper Big Sean headlines his own tour, and lands at Rebel this month. The “I Don’t Fuck with You” singer is touring his latest album I Decided.