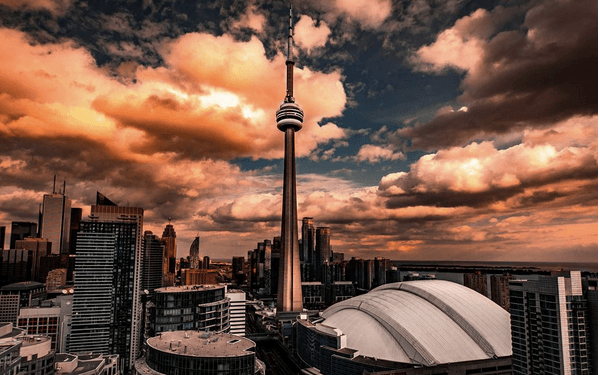 Welcome to the first weekend of the year!

Besides being frozen, check out what to do in the city this weekend while you’re all layered up.

Have a great weekend, Toronto.

Is one of your New Year’s Resolutions to be more active? If so, the ParticipACTION launch event is a must-do for you. It’s where the ParticpACTION will be revealing the 150 activities they are challenging Canadians to try in 2017. You’ll even have the opportunity to experiment with a few at the event itself, which is free!

Where: Nathan Phillips Square
When: January 6 at 10 am to 6 pm

Long Winter at the Gladstone Hotel

Long Winter is an annual concert it’s worth leaving the house for. This year, the event will feature such acts as La Luna, The Magic, and Queen of Swords. Tickets are pay what you can at the door, so whatever your budget, the price is right!

Where: The Gladstone Hotel, 1214 Queen Street West
When: January 6 at 7 pm

Sebastian Maniscalco – Why Would You Do That? Tour

2016 Just for Laughs Stand Up Comedian of the Year Sebastian Maniscalco continues spreading his laughs across North America on his WHY WOULD YOU DO THAT? TOUR.

Where: Factory Theatre, 125 Bathurst Street
When: January 6 to 15

A wonderland which enchants adults and children alike, the CHIHULY exhibition is the inspiration for holiday activities – and it is the last weekend to catch the fun. Make family memories that sparkle as you experience large glass sculptures, brilliantly coloured and dancing with light.

Where: Lower Ossington Theatre, 100A Ossington Avenue
When: January 6 to 8

Drake’s OVO label is having a rare sample sale this weekend. Jackets, fleece, tops, bottoms, and hats are among the items that will be on sale. Head down early!

Free family programming transforms the Young Centre through music, theatre and interactive experiences. Fun for everyone!

Our boys in blue return for a home game against the Montreal Canadiens. Catch the game this Saturday evening at the arena or your favourite pub!

Ab four-piece band featuring guitar, bass, keyboards and drums, Good Enough’s repertoire of 300 songs spans genres and eras. From Aerosmith and Tom Petty to Taylor Swift, Dr. Dre, White Stripes and everything in between, they play and you sing.

Everything 80s is coming back this weekend at the Turn Back Time video dance party! Think Michael Jackson, Queen, and of course, Wham! Get your costumes out and get the grooves on.

Get ready to get your sweat on, as there’s a free yogathon taking place at Prosserman JCC Goldie Fitness Centre. There’ll also be a number of prizes to be won including yoga mats and one month memberships to the centre.

Winter Bird Count in the Rouge

Dig out your mittens and thermos! The 14th annual Winter Bird Count in the Rouge, led by Parks Canada and the Toronto Zoo, is happening Sunday, January 8, 2017. Experienced birders will lead groups of participants through beautiful areas of the Rouge, counting all birds seen and heard along the way. No experience is needed, and participation is open to anyone 13 years of age or older.

As part of Winter Week in  Toronto, Mayor John Tory is lacing up his skates to skate with the public on Sunday. Bundle up, and head on down!

Where: Colonel Samuel Smith Park
When: January 8 at 1 to 3 pm

It’s almost time for the annual No Pants Subway Ride! Breaking free from the leg jail, the No Pants Ride tradition returns this month. The event, happening all over the world, is “a celebration of silliness to bring a smile to commuter’s faces.”

Where: TTC – further details will be on the event page.
When: January 8 at 3 pm

It’s been one entire year since Major Tom drifted into space forever. David Bowie stage-managed his fascinating life to the very end, leaving with his parting gift of the momentous and haunting Blackstar album on January 8 last year, his 69th birthday. To that end, The Royal is celebrating Bowie’s 70th birthday in style, with a screening of the legend’s first “death” – David Bowie’s final electrifying performance as Ziggy Stardust in 1973 at London’s Hammersmith Odeon Theater.

Where: The Royal Cinema, 608 College Street
When: January 8 at 7 pm

American synthopop duo Great Good Fine OK gained popularity with their 2013 hit song “You’re The One For Me.” Since then the duo has remixed some tracks (including by Foxes, and Twenty One Pilots) and last year they released their latest single “Already Love.”