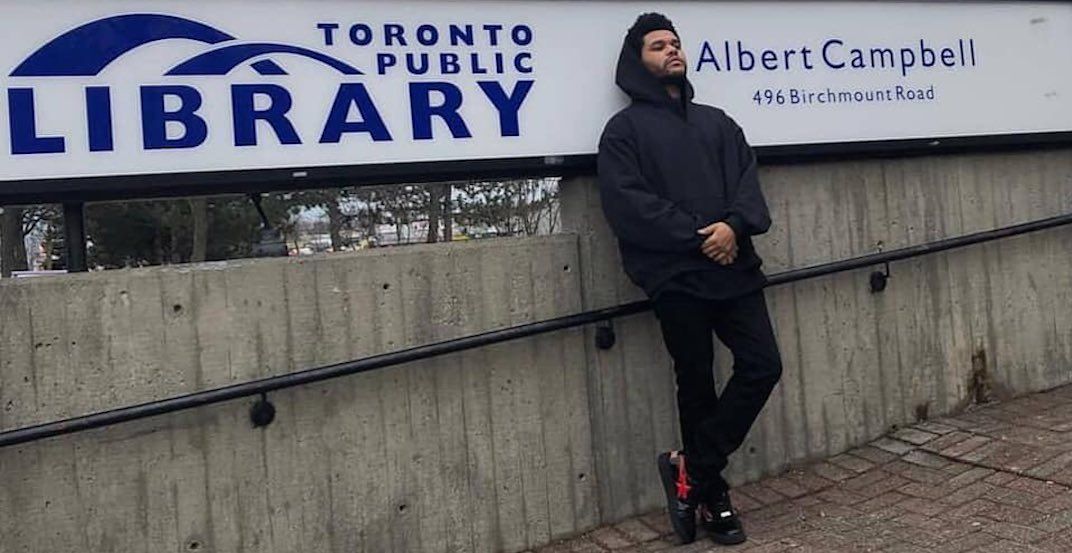 And this weekend, Toronto’s Abel Tesfaye (aka The Weeknd) did just that.

The ‘Starboy’ singer spent some time in his hometown and stopped by the Toronto Public Library to pose for a photo.

Thanks for stopping by! Again! 📸 @theweeknd pic.twitter.com/CgC9VdtkIE

Another photo shared on the singer’s Instagram shows the singer peering into the peephole of an apartment door with the caption “taking a peek into nostalgia,” along with a Scarborough, Ontario geotag.

taking a peek into nostalgia

This left many fans speculating the singer might have new music on the way.

Never one to shy away from showing some hometown — or library — love, the performer shot the music video for his single Secrets at the Toronto Reference Library.

The Weeknd hasn’t released new music since his six-song EP My Dear Melancholy, which dropped in August 2018.