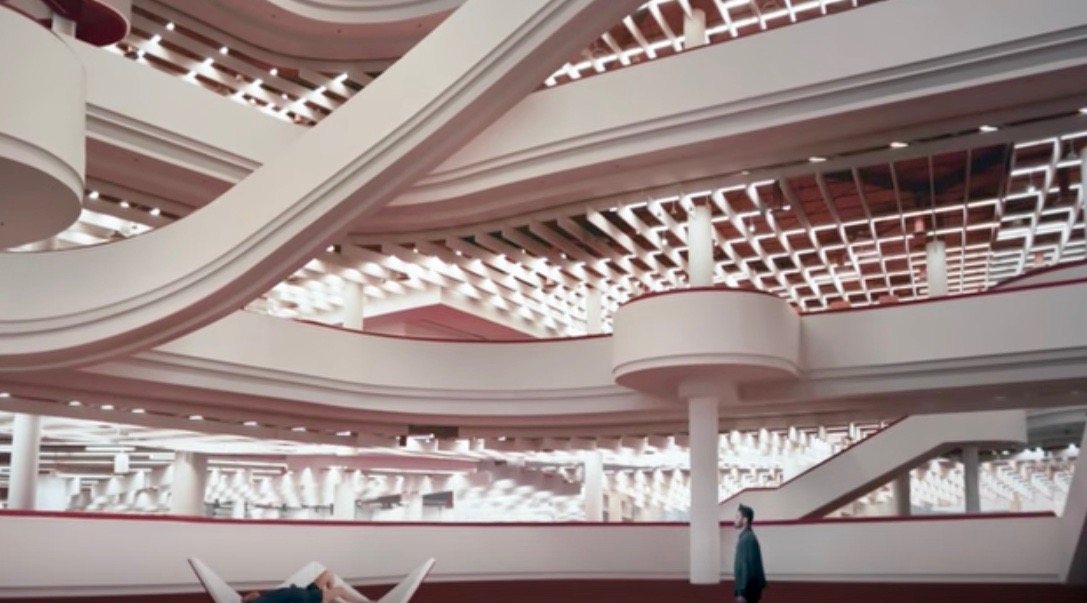 The Weeknd just dropped a new music video for the sixth track off its Starboy album and the Toronto Reference Library, one of Toronto’s most iconic buildings plays a starring role.

Per the description on Pitchfork, the “new visual features the singer wandering a massive structure, featuring a hall of mirrors, burgundy carpets, and a levitating cross,“ which locals will surely recognize.

Directed by Pedro Martin Calero, the video for Secrets is set prominently in the Toronto Reference Library and takes advantage of the curvaceous structure, winding staircases, and glass elevator banks designed by architect Raymond Moriyama.

Presumably, this isn’t the last time we’ll see Toronto starring in a video from the Scarborough native, as Abel shared photos earlier this year of another video filming in the TTC’s Lower Bay Station.