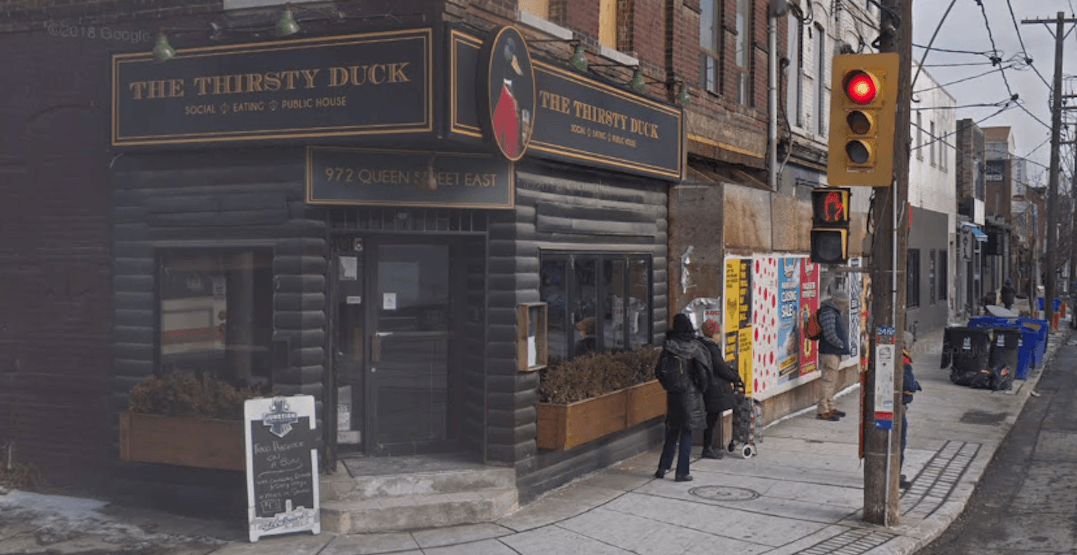 It hasn’t been a rough six months for some of the city’s most iconic hangouts.

First, the west end lost Parts & Labour. Then, Lisa Marie shuttered. And now, the east side’s The Thirsty Duck is set to close its doors.

The beloved bar shared the news in a Facebook post, citing a proposed triple rent increase as the reason behind the decision to close up shop.

The post also nods toward the ongoing construction at the eatery’s intersection as “another story.”

But the spot isn’t completely disappearing.

“Until we can find a new home the heart and sole of the duck will continue its efforts in one location. Just a couple doors down at Eastside Social. 1008 queen street east,” the post reads.

The new space is described as a comfortable, casual bar with large TVs and front and back patios. Patrons will still be able to enjoy Halifax donair, fish n’ chips, and a few more Duck menu favourites.

In response to the news, loyal customers poured their feelings out in the comments.

“Sherry, it kills me to hear this. I trust you’ll find another space and make it every bit as welcoming as The Duck. Good on you for sticking it out through the crazy construction and terrible inconvenience. That landlord really doesn’t know what they’re giving up.
We’ll be there to support you through thick and thin,” reads one comment.

“So so sad. See you at Eastside!” reads another.

The Thirsty Duck will close its doors after its final service on Saturday, April 20.

Following the closure, hopefully it won’t be too long that we need to stay thirsty, friends.