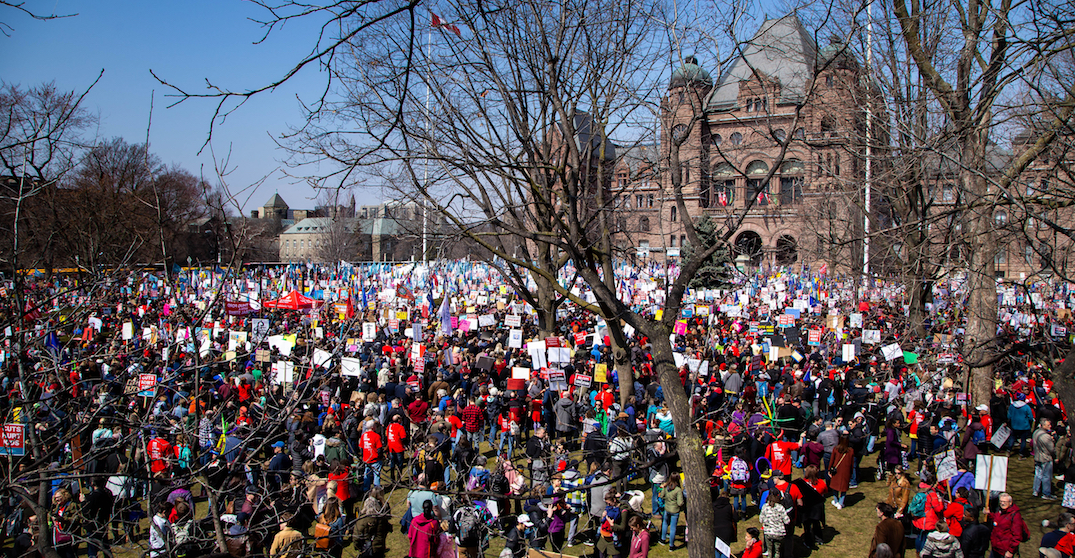 Toronto residents should prepare for possible alternative commuting options during the teacher strike on Thursday.

According to the Toronto police, the strike could cause traffic disruption in the area and possible road closures.

The rally is taking place at Queen’s Park and is set to begin at 10 am and end at 1 pm.

The following roadways that could be impacted are Queen’s Park Crescent, from Bloor Street West to College Street, from as early as 9:30 am.

Police also say that motorists may experience traffic delays and are advised to plan alternate routes.

This is the second province-wide teacher strike, which will be representing three of the four major unions.

While the strike on March 5 is not expected to be as large, police are still warning residents to plan their commutes accordingly.