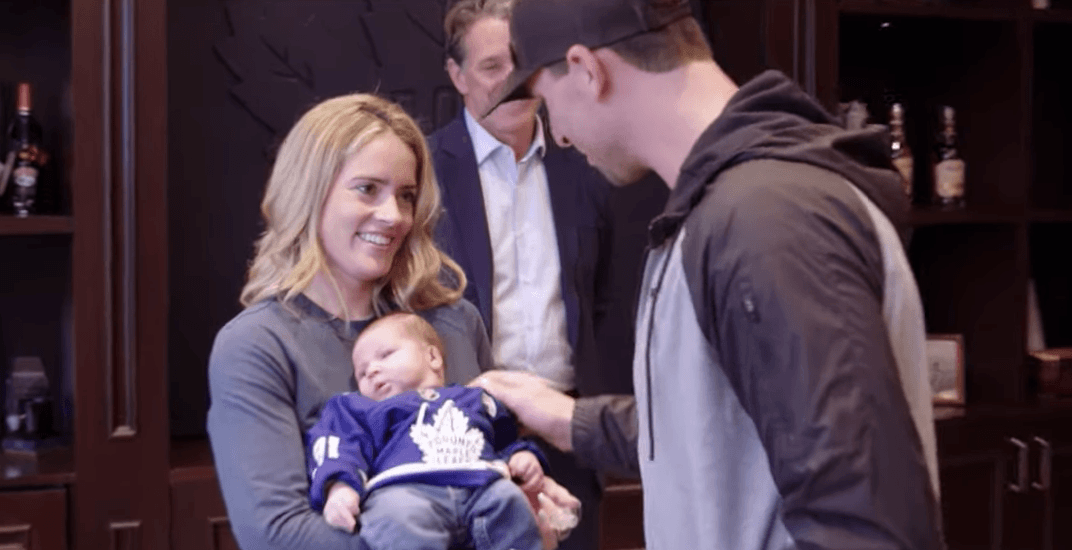 After months of anticipation, the Toronto Maple Leafs revealed their new captain in dramatic fashion.

While fans found out during player introductions at the Leafs’ home opener, John Tavares found out from his newborn baby.

Called into a mystery meeting with GM Kyle Dubas, Tavares walked into the room to find his wife holding his two-and-a-half week old baby. His little boy was wearing a Tavares Maple Leafs jersey, with a captain’s C on it.

“Congratulations on becoming the 25th captain of the Toronto Maple Leafs,” Dubas said.