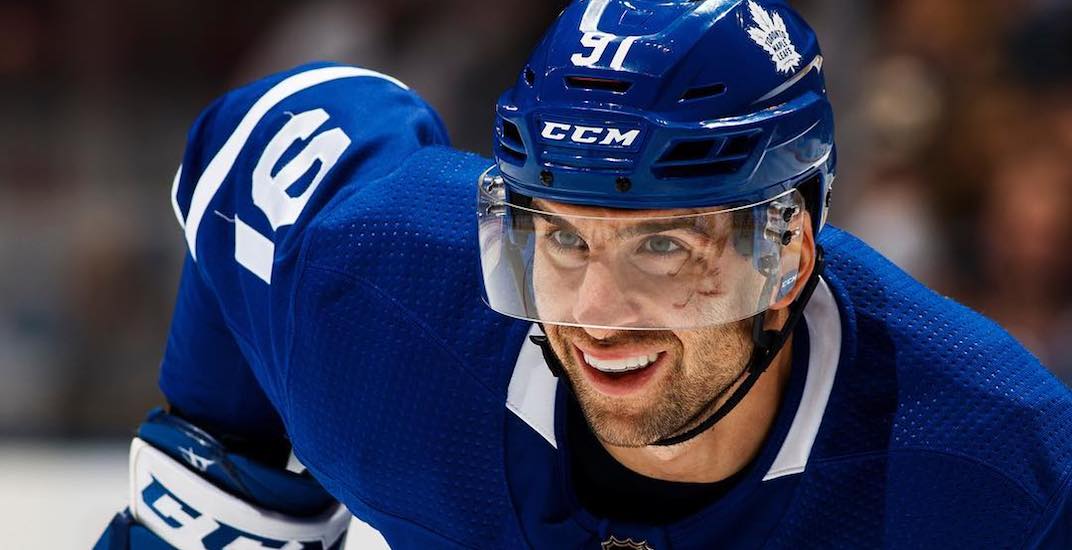 For the first time since Dion Phaneuf was traded in 2016, the Toronto Maple Leafs have a captain.

John Tavares was announced as the new team captain in dramatic fashion, before the Leafs’ home opener. He’s the 25th captain in the history of the team.

While fans and media found out during player introductions, Tavares got the news from his newborn baby.

At one time, fans and media assumed the Leafs were going captain-less while they waited for Matthews to mature into the role. That assumption turned into a debate ever since the team signed Tavares as a free agent last year. Tavares has been a captain before, wearing the C for the New York Islanders for five seasons.