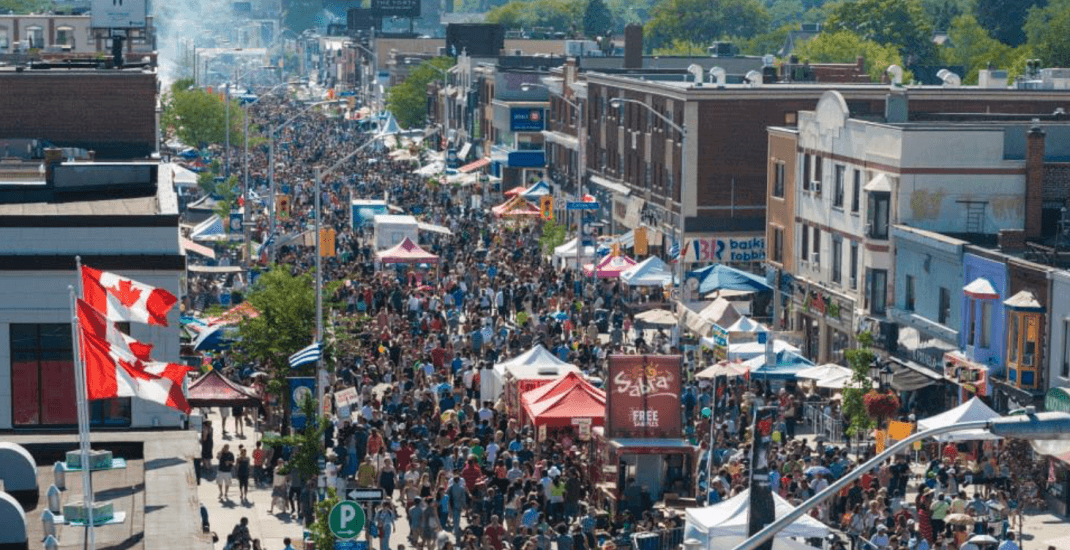 Toronto residents are rallying together in the aftermath of the deadly mass shooting on in Greektown last night and throwing their support behind the neighbourhood’s most iconic street festival.

Following the shooting which has left two victims dead and another 13 in hospital with injuries, Torontonians are reasoning that “we need to not let terror rule our lives,” and that the neighbourhood and local businesses need our support now more than ever.

A growing chorus of voices on social media today are promoting the Taste of the Danforth street festival set to take place in less than three weeks.

The annual event is among the largest street festivals in Canada and while this year was to mark its 25th year, the 2018 festival might turn into more of a show of unity rather than celebration.

Despite some safety concerns expressed on social media, it would seem that Toronto intends to show its strength in numbers joining the more than 1.5 million attendees that Taste of the Danforth attracts each year.

#DanforthStrong #Toronto
We need to not let terror rule our lives. We have no recourse but to go on living our lives as usual. But be vigilant. Ask the tough questions to your Mayor, head of police and councilors Make us Safer. I am going to the Taste of the Danforth regardless. pic.twitter.com/S2s41otsGY

Taste of the Danforth is Aug 10-12. Let’s all make sure to support the neighborhood and businesses that will no doubt still be healing. via /r/toronto https://t.co/IDBMuqQZ7Y

Everyone needs to be at Taste of the Danforth this year and support the community. August 10-12th. #TorontoStrong

Hanging around Danforth for quiet sometime, knowing every intersection, corners from warden to broadview – it feels like someone attacked my home with their sick mind!

City needs to act now rather condemning it.

Taste of the Danforth is a MUST visit this year!#TorontoStrong

Toronto remains one of the best places in the WORLD!!! And rest assured, I’m still heading to Greektown for the Taste of the Danforth #TorontoStrong

My heartfelt condolenses and prayers go out to the victims and their families, of the senseless violence on the Danforth. I will be attending the Taste of the Danforth. Evil can’t win. Good will always triumph over evil. This is still “Toronto the Good”. #torontostrong