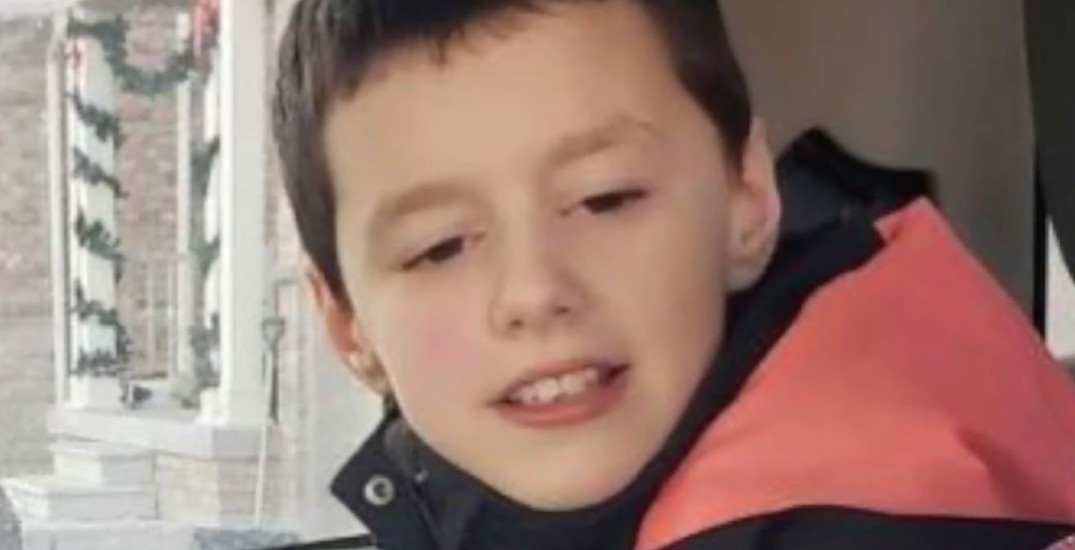 The search for a missing child from Lindsay, Ontario, came to a tragic end after his body was recovered from Scugog River on Monday, June 13.

Draven Graham’s father had reported the 11-year-old missing on June 12, Sunday afternoon, triggering a search that continued until Monday. In an earlier press conference, Graham was described as “autistic and has limited verbal skills” with “a sensory irritation to touch.”

Kawartha Lakes Police Sgt. Deb Hagarty confirmed the news in a video posted on Twitter on Monday, June 13 at 5:21 pm.

“Today, at approximately 3:30 pm, members of the Provincial Ontario Police Underwater Search and Recovery team who were involved in the search for the missing 11-year-old Draven Graham located him deceased in the Scugog River,” she said. “The investigation is ongoing but no foul play is suspected.”

“Everyone involved has a heavy heart at this time,” added Hagarty. “We encourage each of you to continue to support the family while allowing them to grieve during this traumatic time.”

On June 14, a GoFundMe account was set up for the family by Graham’s uncle Jason Meenly.

“Jess (Draven’s mother) and Mike (stepdad) are going to have to do the unthinkable in the upcoming days and could really use the help in cost,” read the statement. “If you can find it in your hearts to help them, I know they would forever be grateful.”

The current goal of the fundraiser has been set at $20,000 and has reached over $15,000 as of Wednesday afternoon.

“We are parents of an autistic boy,” wrote one commenter. “This is truly a mother’s nightmare. May you find peace one day.”

The incident has prompted one mother to start a petition to start a Draven Alert for “autistic/special needs/vulnerable minors” who are a “flight risk.”

The petition has received nearly 48,000 signatures as of June 15.