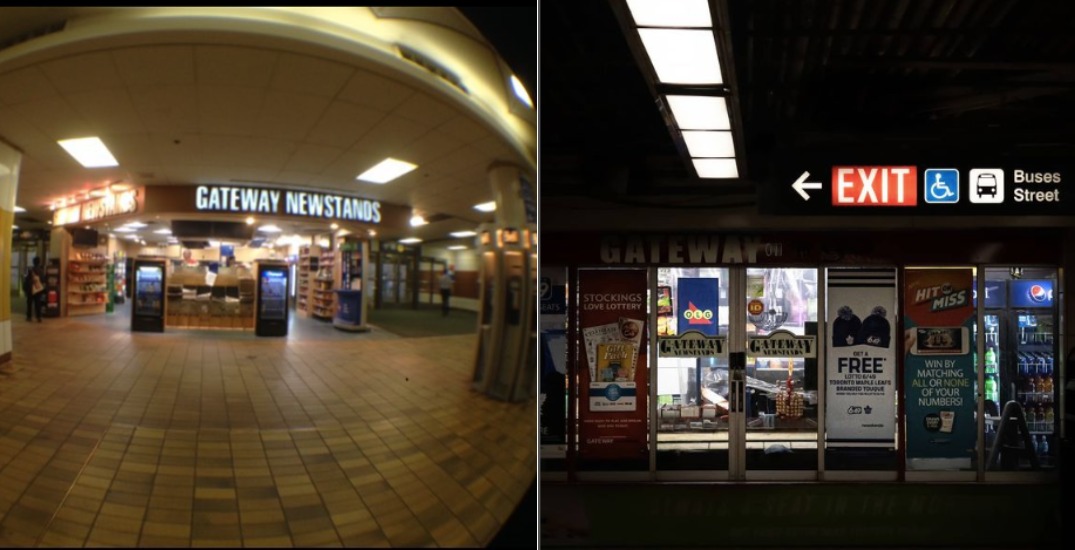 After several extended shutdowns and loss of ridership, the TTC’s Gateway Newstands may soon see their end.

You likely know the Gateway Newstands from their small shops inside many TTC subway stations. The majority of Gateway Newstands are in Ontario, and since the start of the pandemic, at least 40 stores have closed.

“The Companies are not bankrupt but have availed themselves of a procedure whereby an insolvent person restructures its financial affairs with creditor and Court approval,” a release by the proposal trustee reads.

The pandemic has been hard on these shops. It’s been two years of slashed income between lockdowns forcing them to close and fewer riders on the TTC. For now, the stores that have remained open will continue to operate while proposals are put forth.