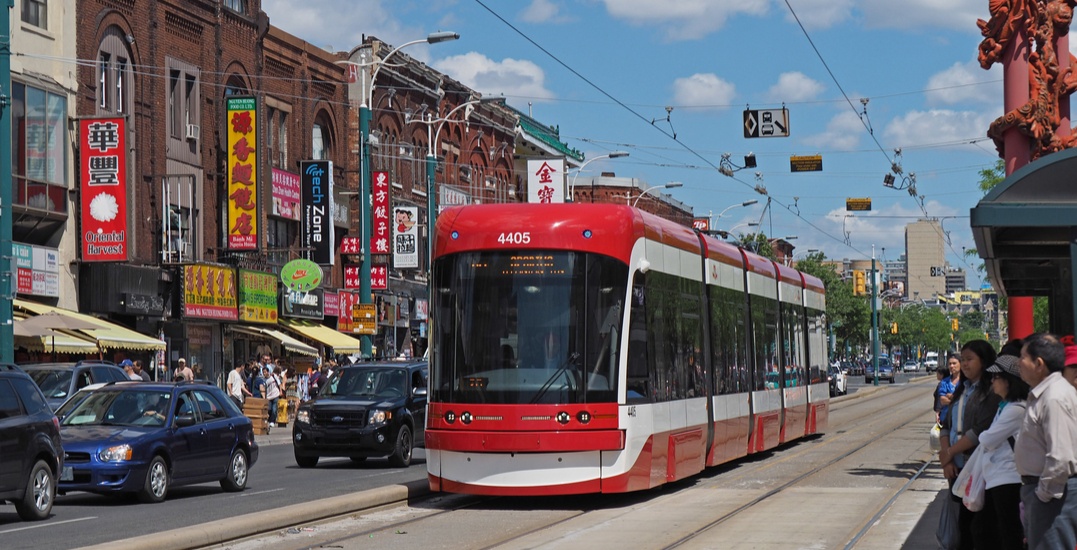 Toronto Police are investigating a stabbing that occurred on a downtown streetcar on May 5.

Police report that they received a call around 5:45 pm on Sunday to attend the area of Spadina and Richmond for a stabbing.

Two people were stabbed on the streetcar, a police spokesperson told Daily Hive. Reportedly, the suspect fled and left the weapon behind.

According to a tweet from the department, both were taken to hospital with serious but non-life threatening injuries.

On Twitter, police describe the downtown stabbing’s suspect as male, black, about 6’2″ with a thin build, and as having curly hair in a ponytail.