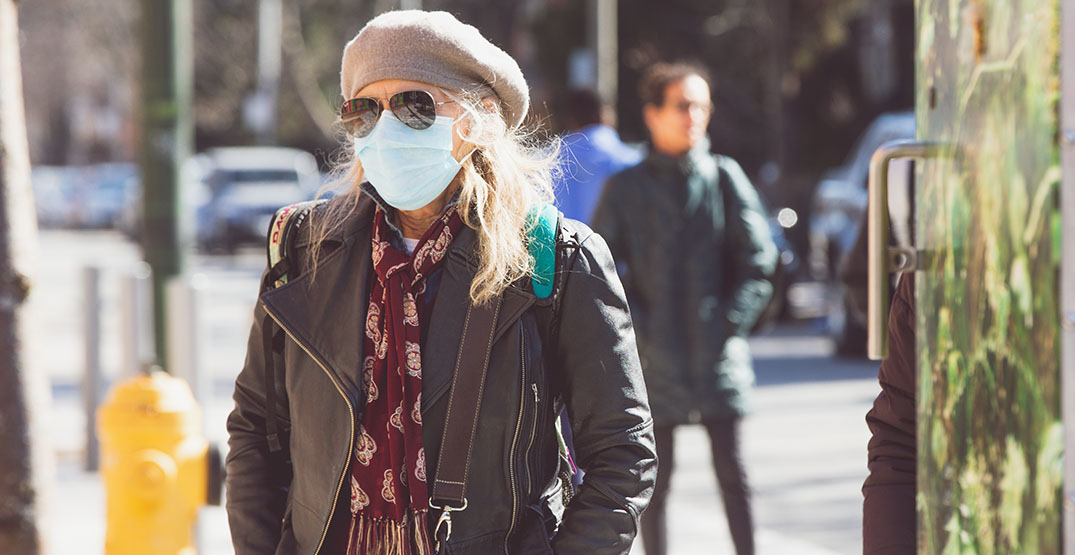 A woman wears a face mask in Toronto during the coronavirus pandemic. (Shawn Goldberg/Shutterstock)

The two days of relatively similar new case numbers come after a week of variability. Tuesday saw 203 new cases, the highest number in almost a month. But Thursday saw only 103 new cases.

According to Health Minister Christine Elliott, most of Ontario’s local health units (27 out of 34) reported five or fewer new cases Sunday. Fourteen of the health units have no new cases at all Sunday.

The majority of Sunday’s new cases (58%) are in people under 40, Elliott said.

Ontario has now seen more than 38,000 coronavirus cases since the pandemic began, although new daily cases are down from their peak when the province was reporting more than 500 new cases per day in April.