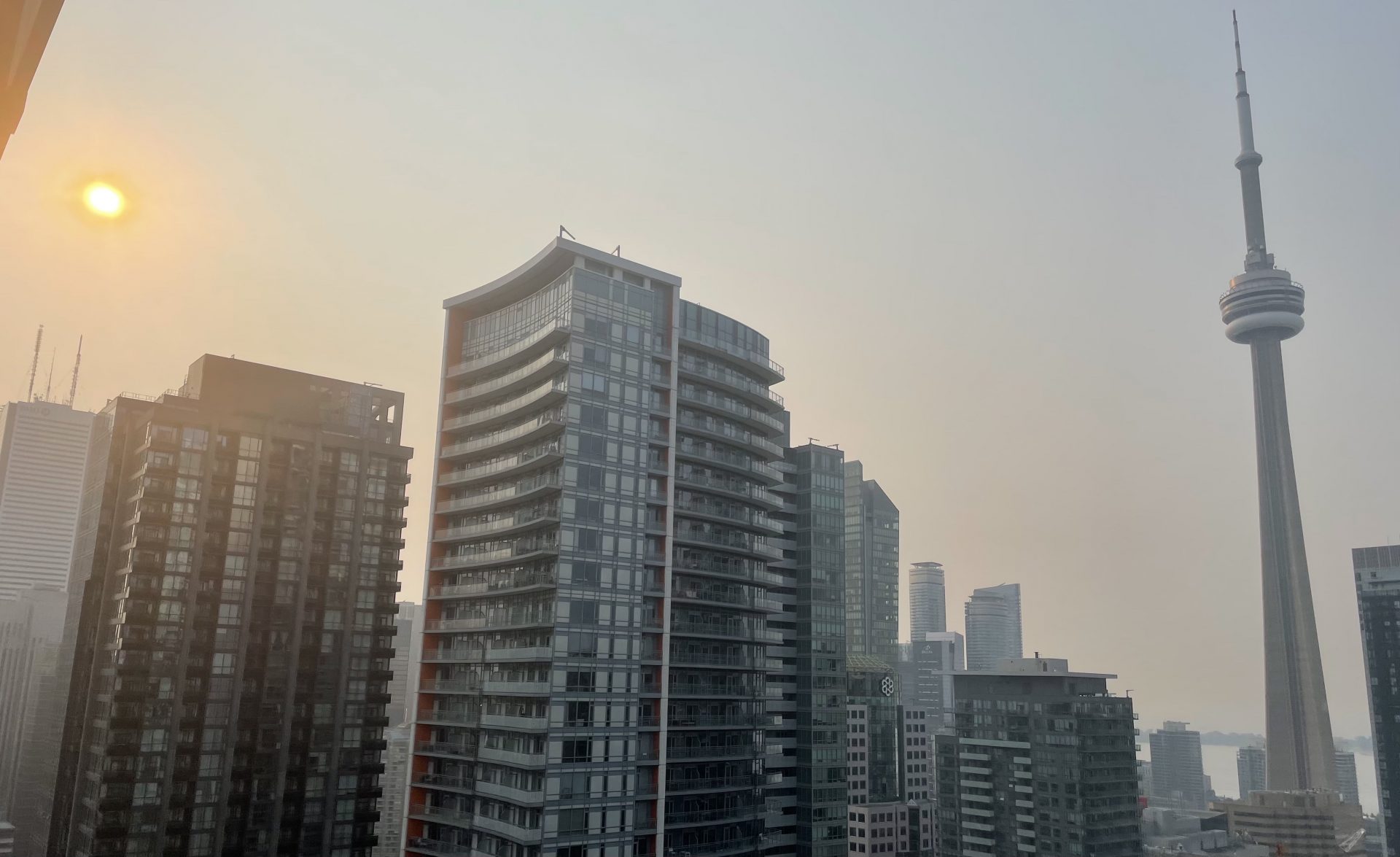 According to the statement, there will be possible high levels of air pollution due to smoke from the ongoing forest fires.

“Smoke from active forest fires in northwestern Ontario has moved over southern Ontario. Elevated particulate matter levels and hazy conditions have been reported at several stations. Reduced visibilities and deteriorating air quality are possible if the smoke descends to ground level,” reads the statement.

Environment Canada added that conditions are expected to improve later today with the passage of a cold front.

“Wildfire smoke is a constantly-changing mixture of particles and gases which includes many chemicals that can be harmful to your health,” says Environment Canada.

“Individuals may experience symptoms such as increased coughing, throat irritation, headaches or shortness of breath. Children, seniors, and those with cardiovascular or lung disease, such as asthma, are especially at risk.”

On Monday, Environment Canada meteorologist Weiqing Zhang told Daily Hive it’s an extremely rare event for smoke to come to Toronto from so far away.

“Now the smoke has come down to the surface. It’s kind of bad,” she said