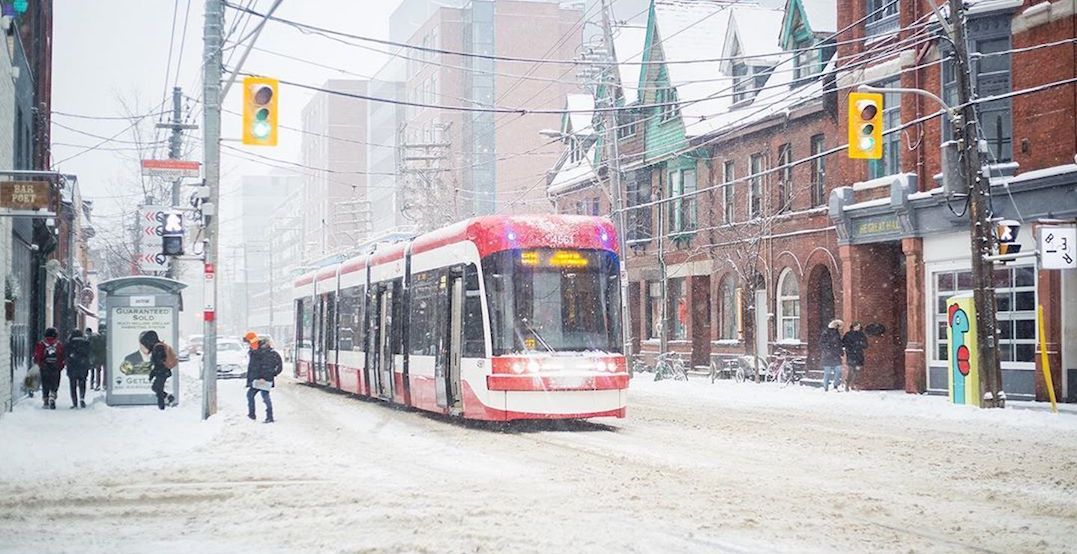 The Snowfall Warning issued by Environment Canada on Tuesday has been lifted, but further flurries are in the forecast.

Following Wednesday’s heavy snowfall, Toronto woke up on Thursday morning to a blanket of snow.

While the morning is currently calm, the sky is cloudy, and there’s a 40% chance of flurries happening in the AM.

What’s more, flurries are expected in the afternoon, with a risk of snow squalls as well, with both expected to continue into the night.

Locally, about 2 cm of accumulation is expected, and while the temperature high will rest at -4°C, the wind chill will have temperatures feeling like -13°C.

Friday’s forecast is similar to Thursday’s, offering up flurries with a risk of snow squalls and local blowing snow. Tomorrow, 5 to 10 cm of accumulation is expected, and the high will be -3°C but will feel like -16°C in the morning.

All of that’s to say: a full balaclava will certainly be appropriate attire.

The weekend will bring sunnier skies, though Saturday still serves up a chance of flurries both day and night, with a high of -4°C and a nighttime temp of -8°C. Sunday warms up to 1°C, with flurries only anticipated in the evening.

As of now, the beginning of next week looks to be mild, with Monday and Tuesday being 4°C and 7°C respectively.

Periods of flurries or rain are called for on Monday, while Tuesday shows periods of just rain.