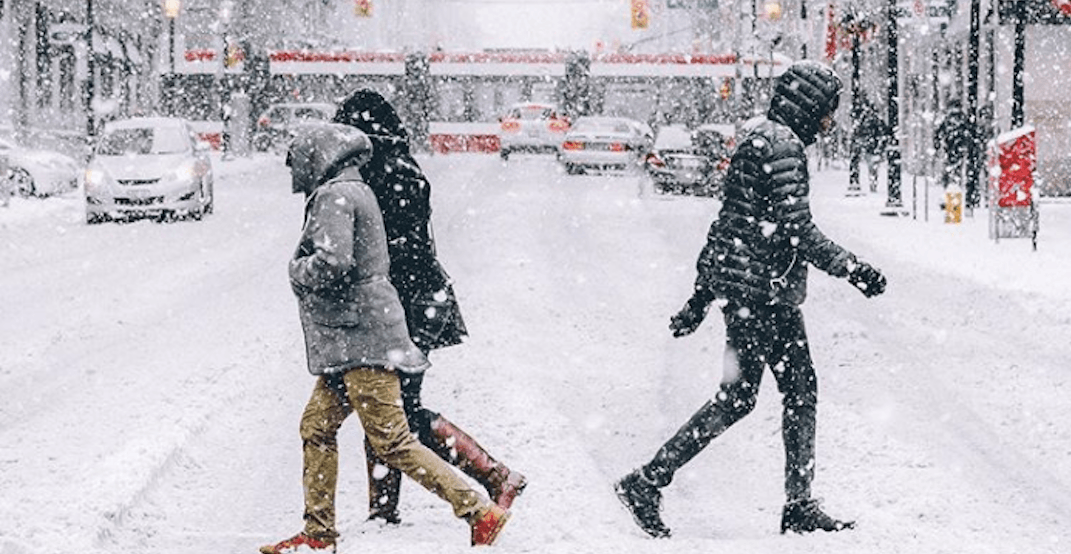 Environment Canada has upgraded its weather statement for Toronto, as the city is now under a Snowfall Warning.

According to the warning, significant snowfall is expected on Wednesday.

“Heavy snow with total amounts of 15 to 25 cm expected,” states the weather agency.

“Snow is expected to begin early Wednesday morning, and will become heavy late Wednesday afternoon. Heavy snow will continue through Wednesday night before tapering to a few flurries Thursday morning.”

Environment Canada says this snow is the result of a low pressure system from the central United States that is forecast to track over Eastern Ontario Wednesday night.

Temperatures will hover above the freezing mark during the day on Wednesday, and will drop to -5°C in the evening.

Get ready for the snow, Toronto.