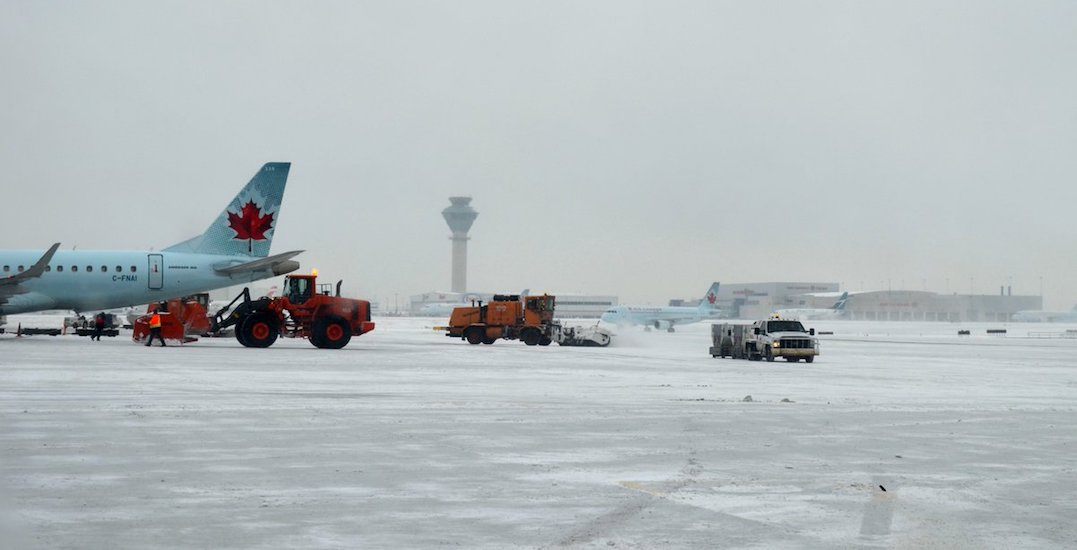 If you have a flight scheduled out of Toronto Pearson Airport on Wednesday, you should double-check departures before you head out.

Environment Canada’s Snowfall Warning issued Tuesday remains in effect, and forecasts that the city could see up to 25 cm of snow over the course of the day on Wednesday.

While those commuting by land have been warned to brace for a treacherous commute, those travelling by air should know that the snow is impacting operations at Pearson Airport.

Snow is forecast for the Toronto area. As always, please check your flight status with your airline if you’re scheduled to fly.

As of 9 am on Wednesday, 69 departures were cancelled, and there were already 60 cancelled arrivals.

The airport’s departure page displays dozens of delayed or cancelled flights; notably, many of the impacted routes appear to be for flights within Canada or the US at this time.

Meanwhile, Environment Canada warns that whiteout conditions are likely with these snow squalls.

“Visibility may be suddenly reduced at times in heavy snow,” they said.

Looking at the hourly breakdown, snow is likely throughout the day, getting heavy around early evening. The forecast calls for 5 cm during the day, and another 10 to 15 cm this evening. 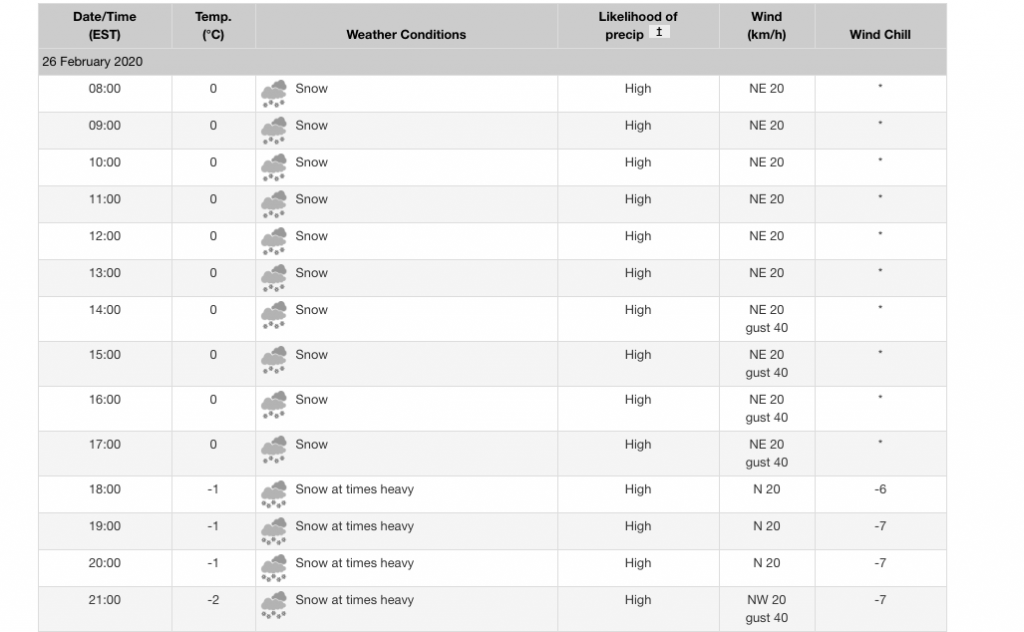 The snow is also expected to continue through to Thursday.

It will be 0°C on Wednesday, dropping to -5°C later this evening with heavy snow.

The Weather Network said that this “major snowstorm threatens as much as 40 cm over parts of Ontario through Thursday.”

Meaning, while it may be gnarly in the city, Toronto isn’t getting the worst of the snowstorm.

Safe travels out there.