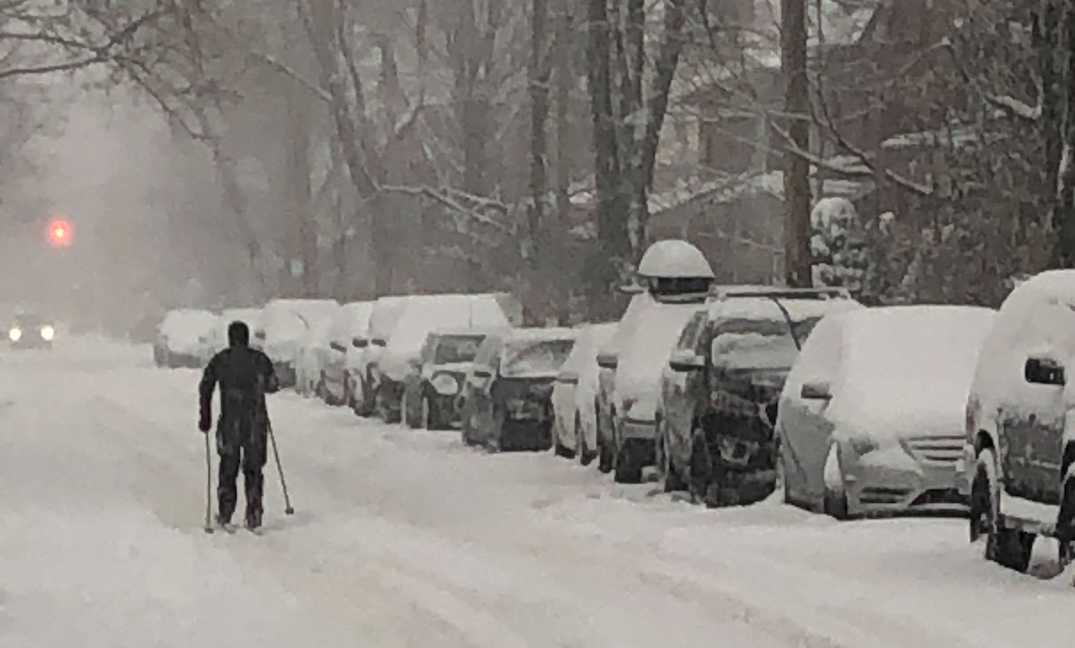 It seems like every year, after multiple days of snowfall, Toronto residents decide to go skiing on the city’s streets.

Toronto was under a winter weather travel advisory on Monday, something we’ve gotten used to recently. Last week, Environment Canada issued a similar advisory as the city was expecting up to 10 cm of snow at the time.

And like every winter, the snow is beginning to pile up on our streets and sidewalks, and those walking constantly try to avoid slipping and sliding in public.

For some Torontonians, skis were the solution for travelling on our streets these days.

Spotted on Thursday was a Toronto resident skiing in the Annex on Howland Avenue. 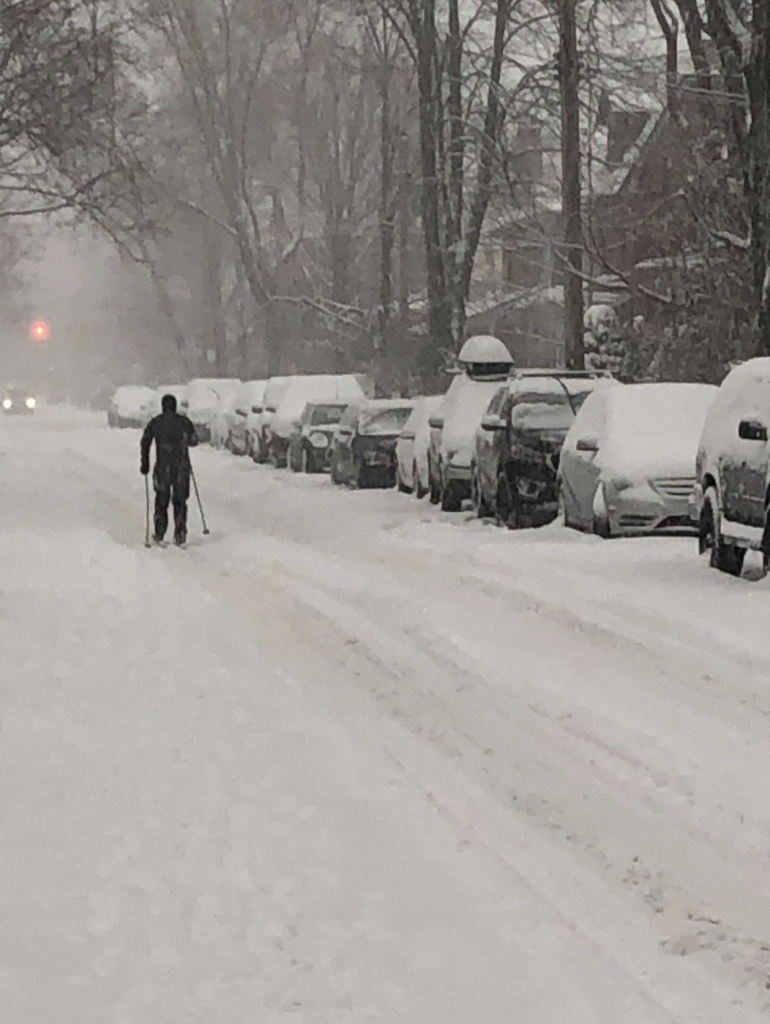 Perhaps the streets are not the safest place to ski.

So for those with skis that don’t want to hit the streets, Toronto has snow loops that you can walk, snowshoe, or cross-country ski.