York Regional Police have released a composite sketch of a suspect wanted for a sexual assault of a teenage girl who was walking on a trail in Aurora on Monday morning, and are appealing to the public to help recognize the man.

A teenage girl was reportedly walking in the trails west of John West, when she was approached by an unknown man who allegedly assaulted and sexually assaulted her. She was soon taken to hospital and treated for minor physical injuries.

Police say that the suspect was possibly armed with a handgun. He is described as a male in his 20s with a light-brown skin tone, a thin build, and he was wearing a black shirt, black pants and a red baseball cap at the time of the assault.

This is the composite sketch released by police: 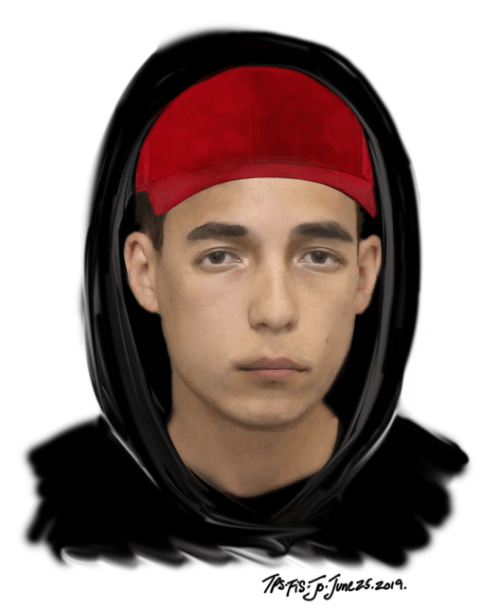 Investigators are appealing to anyone who may recognize the man to contact police.