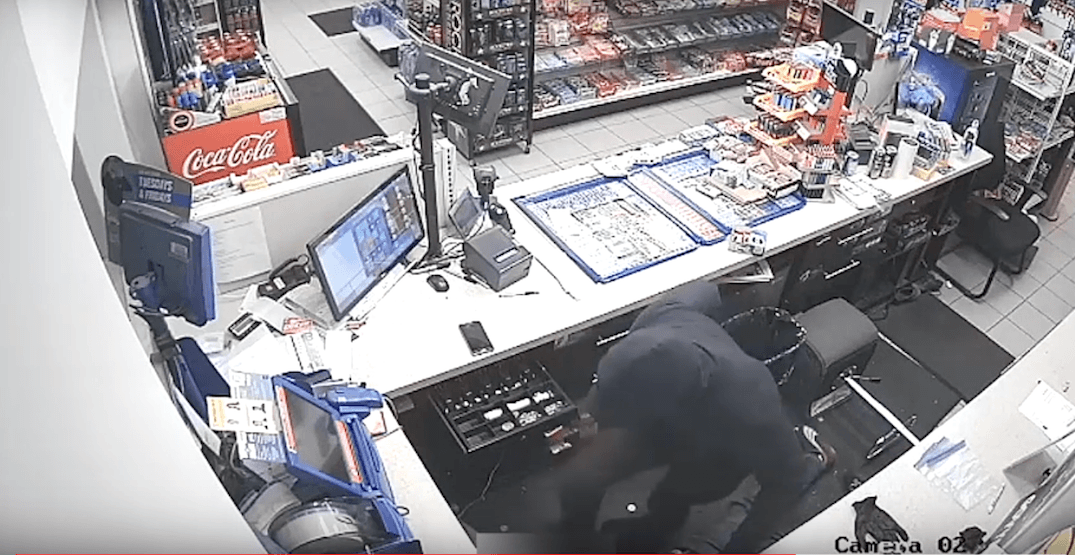 The Toronto Police Service is asking for the public’s help to identify a man they say robbed downtown gas station in the Front Street East and Sherbourne Street area and violently injured an employee at the counter.

On Thursday, June 13, 2019, at about 4 am, police say the suspect entered the gas station kiosk wearing a baseball hat and disguised with a hoodie pulled tight around his face.

The man allegedly pulled out a knife, jumped over the counter and demanded the employee open the cash register before ordering him to lay on the floor.

After removing money from the till and stuffing it in his pockets, the suspect allegedly started violently stomping on the employee’s head several times, knocking him out. The attack was unprovoked, as the employee was reportedly compliant and remained prone on the floor prior to the attack.

The suspect then fled the store. He is described as black, in his mid-20s, about 5’8”-5’10” with a muscular build, wearing a dark hoodie with a silver zipper, black “Chuck Taylor” style running shoes, and black gloves.

The employee, who was eventually transported to hospital, suffered a fractured orbital bone and skull along with cuts and bruises to his face, injuries that he is currently recovering from.

Toronto Police have released security camera footage of the incident: