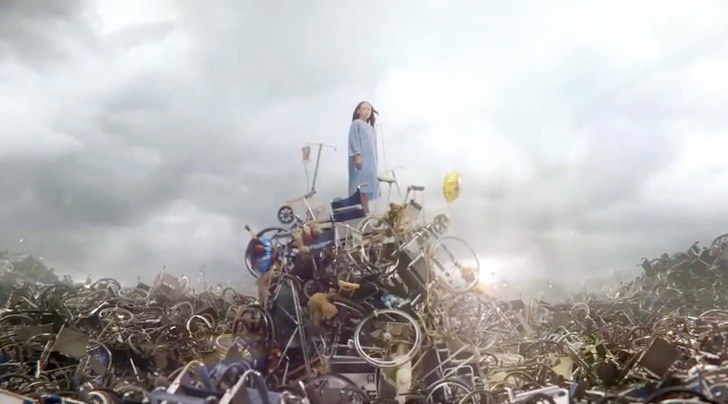 On Friday, SickKids released an incredible new ad that aims to reshape the way too may people think about illness.

In other words: Sick isn’t weak.

In the powerful two-minute spot, sick kids are shown going to battle with their illnesses. Putting on war paint, pumping themselves up, and incorporating some magic realism to bring their armies of soldiers, knights, and tigers along with them.

Set to the aggressive, confrontational beat and lyrics of Toronto rapper Richie Sosa’s track Undeniable, the ad dramatically runs through all the battles these kids are facing – autism, kidney failure, cystic fibrosis, missing home, time, worry, defeat, etc. – and shows them fighting every step of the way.

The only addendum from SickKids beneath the video is a simple truth:

At SickKids, we’re not on the sidelines, we’re on the front line. Taking the fight to the greatest challenges in child health. And we are winning.

This is what sickness looks like. And it’s tough as hell.

If you’re inspired by the ad and would like to donate to the front lines, you can do so at the SickKids Foundation here.