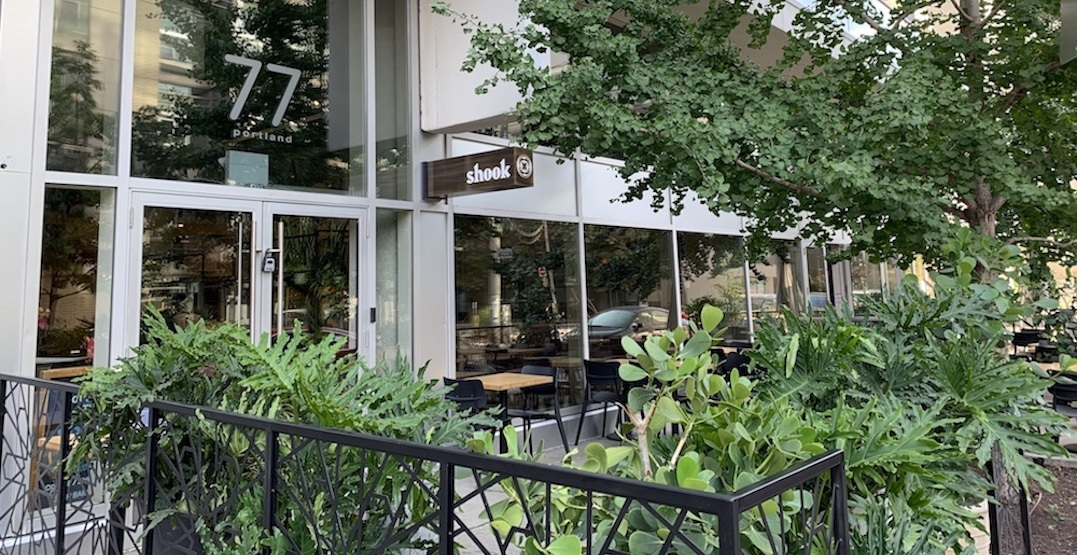 Shook, a newly-opened restaurant at King and Portland Street, is temporarily closed after a kitchen fire broke out on Wednesday afternoon.

The eatery by the same people behind Byblos, known for an all-vegetarian menu inspired by Israeli cuisine, opened early this summer. 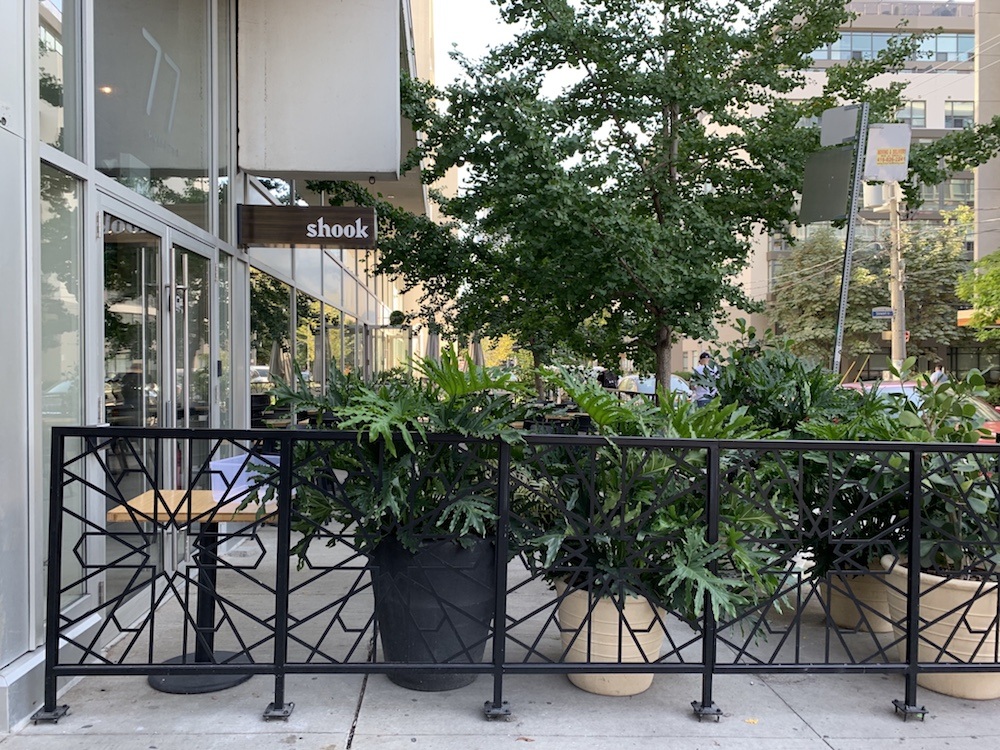 Firetrucks gathered in front of the restaurant’s building around 2:30 pm on Wednesday, while the entrances of the building were taped off and what appeared to be a burnt appliance laid on the ground nearby.

“A small fire broke out in the kitchen over the lunch hour, and all guests and staff were evacuated as a precaution. We are very thankful that no one was injured,” a spokesperson for the restaurant told Daily Hive.

“It will be closed for a short period of time while we work to determine the cause and repair the minimal damage.”