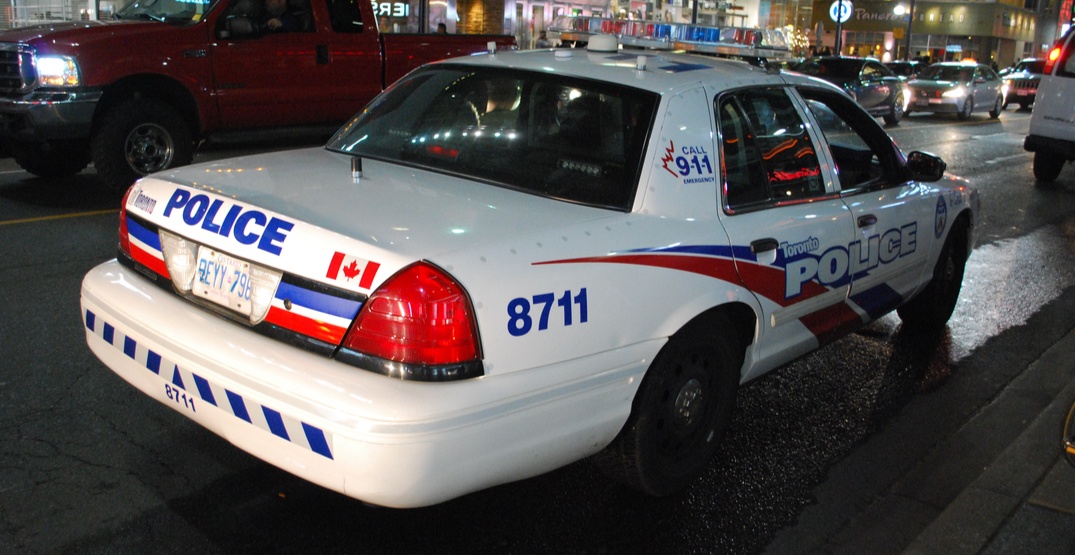 The Toronto Police are asking for the public’s help in identifying two men wanted for an alleged sexual assault on a 15-year-old girl, that happened early Wednesday morning just south of Yorkdale Mall.

Officers responded to the call at 1 am on Wednesday, June 12, in the area of Dufferin St. and Dane Ave.

A 15-year-old girl was walking in the area, when an unknown man allegedly attacked her and dragged her to a secluded area. A second man then allegedly joined in the assault while the first man sexually assaulted her.

The two suspects fled when a passerby interrupted.

Police have released descriptions of the suspects:

Suspect #1—mixed race, light complexion, 30 to 33 years old, about 5’5”-5’6”. He has a strong build, and short dark hair with the sides shaved. At the time of the assault, he was wearing a black long-sleeved hooded sweatshirt, and black pants with rips on the knees.

Suspect #2—white, 20 to 25 years old, about 5’7”-5’8”. He has a medium build with blond hair that is short on the sides but longer on top, and has a slight mustache. At the time of the assault he was wearing dark long-sleeved hooded sweatshirt, beige pants, and black boots.

Police are reminding the public that a sexual assault is any form of unwanted sexual contact, which includes, but is not limited to, kissing, grabbing, oral sex and penetration.