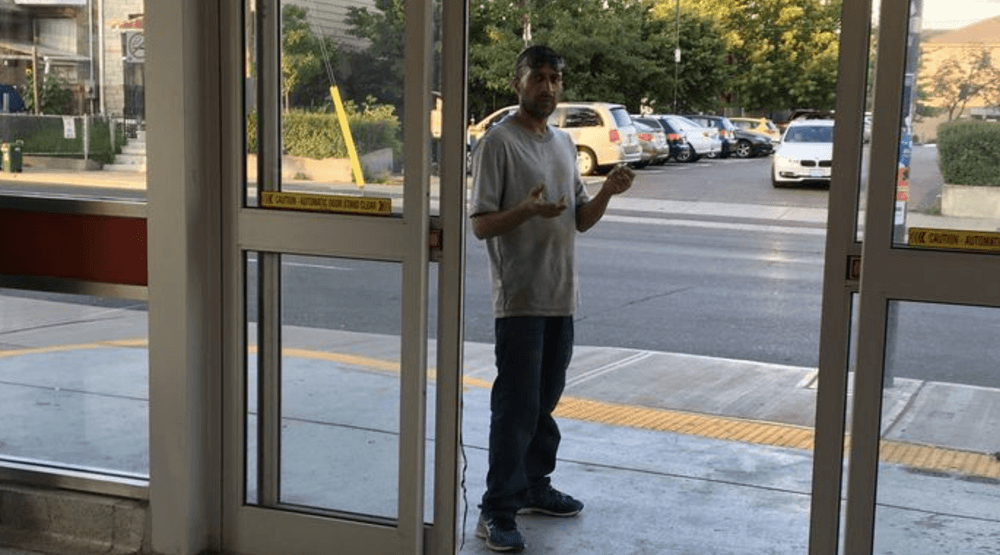 Update: the man has been found and arrested.

Toronto Police are asking for the public’s assistance in identifying a man who allegedly committed sexual assault on a 7-year-old boy at Ossington subway station on July 19.

At approximately 8 pm officers responded to about a sexual assault at the station.

It was reported that a woman and her son were walking on the escalator leaving the track level when the boy was approached from behind and sexually assaulted by a man.