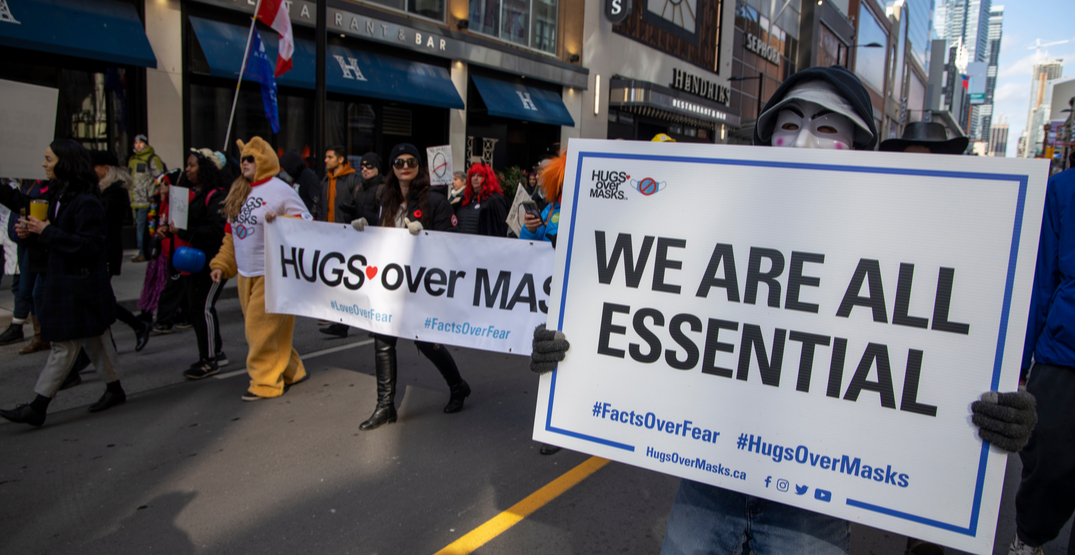 In a release, the Toronto Police Service said that officers had been monitoring several large gatherings on January 23, including one held at Nathan Phillips Square.

According to its Facebook page, Hugs Over Masks held a “freedom rally” at Yonge Dundas Square yesterday. A poster for the event notes that Chris Sky, also known as Christopher Saccoccia, would be in attendance.

Police arrested 10 people at the gatherings, which were also held at Nathan Phillips Square and Queen’s Park. Seven people, who were all arrested at Yonge-Dundas Square, are now facing charges, according to the release.

Christopher Saccoccia, 38, has been charged with being a common nuisance and four counts of public mischief.

Iola Fortino, 57, has been charged with being a common nuisance.

Robert Keith Bruce, 72, has also been charged with obstructing a peace officer, and faces an additional charge of assaulting police.

“The COVID-19 pandemic is not just a public health issue; it is a public safety issue,” police tweeted. “Participating in large gatherings, including protests, is not just in contravention of these orders but also puts attendees and the broader community at risk.”