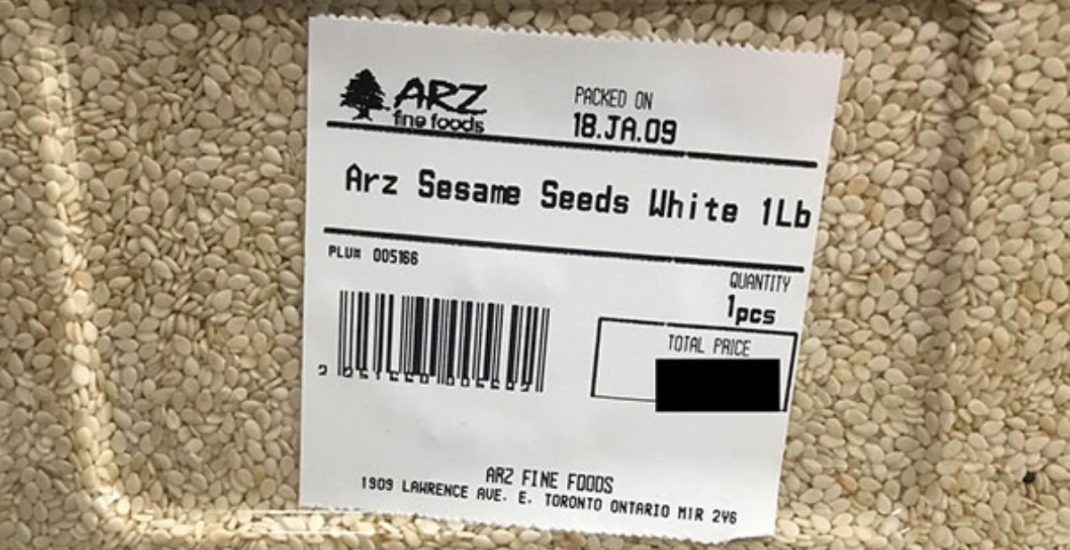 The Canadian Food Inspection Agency (CFIA) has issued a recall on “certain sesame seeds from the marketplace due to possible Salmonella contamination.”

The recall was triggered by the company and the CFIA is conducting a food safety investigation, which may lead to the recall of other products, as well as verifying that affected products are removed from the marketplace.

While there have been no reported illnesses associated with the consumption of these products, consumers are advised to check to see they have recalled products at home. “Recalled products should be thrown out or returned to the store where they were purchased.”

Recalled products should not be consumed.

According to the CFIA, “Food contaminated with Salmonella may not look or smell spoiled but can still make you sick. Young children, pregnant women, the elderly and people with weakened immune systems may contract serious and sometimes deadly infections. Healthy people may experience short-term symptoms such as fever, headache, vomiting, nausea, abdominal cramps, and diarrhea. Long-term complications may include severe arthritis.”